It is my dream to one day be fancy enough to have Molton Brown hand wash and hand lotion in every bathroom. Just imagine beguiling your guests with matching hand products to cleanse and moisturise themselves in one of MB’s gorgeous scents. That’s the dream right, there isn’t it? So far I’m running at about 33.33% of this dream so I have a ways to go. The point I’m trying to make is that Molton Brown is a luxurious brand that makes lovely functional products that smell fantastic so I’m always very keen to hear what they’re up to.

The brand has just launched a brand new collection called Coastal Cypress & Sea Fennel and let me tell you now, I’m crushing on it hard. The idea behind the collection is to journey “into the uncharted” and explore a marine-style fragrance with “unexpected elements”. The result is something that smells aquatic but not conventionally so (no Calone here, thank you very much), capturing all elements of the coast – the sea, the rocks, the mossy cliffs – and presenting them in a transportive way that makes each product feel more than just something functional. With this collection, Molton Brown brings beauty to the every day.

END_OF_DOCUMENT_TOKEN_TO_BE_REPLACED 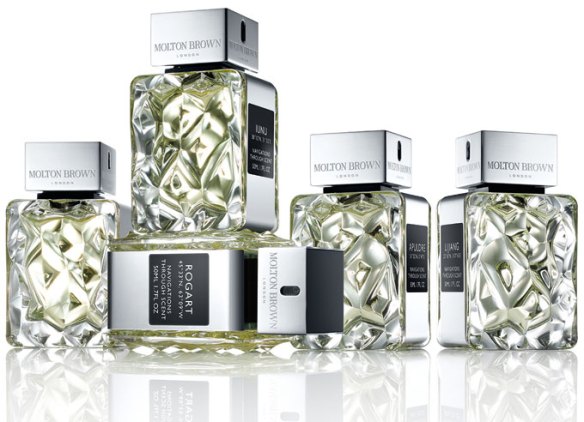 “A brief history of perfume, told through five distinct fragrances. From lost worlds, along ancient silk and spice routes to a brave new world.” [1]

Usually lines launched with multiple fragrances are a bit hit and miss, they tend to have one or two ‘greats’, more than a couple of average ones and a their fair share of clangers. So it is with trepidation that I approach any new ‘collection’.

I am very familiar with Molton Brown’s line of shower gels, hand creams, hand washes and body products (which I think are generally very good btw) but I have to admit that I’m not overly familiar with their stand-alone fragrances, so this collection could go either way for me.