I know it’s only March, but I’m going to go ahead and say that 2015 is turning out to be a very good year for perfume. There have been some strong launches, scent such as Annick Goutal’s  L’Ile au Thé and Jo Malone’s Birch & Black Pepper, but there’s also been some outstandingly beautiful new things, things like Lalique’s unexpectedly striking Living Lalique, and of course, Jean-Claude Ellena’s latest offering for Hermes – Le Jardin de Monsieur Li.  In a world where flankers run riot and ideas, and artistry for that matter, can seem to be in short supply at times, it is perfumes such as these that restore faith and act as reassurance that the perfume industry still has tricks up its sleeve.

One fragrance that really struck me as quite wonderful and innovative is Jo Malone’s Incense & Cedrat.  Launching in June as part of the brand’s Cologne Intense collection, this Marie Salamagne-penned fragrance centers on Omani frankincense – an ancient ingredient that filters through every aspect of life within Oman. Frankincense is burned in the country for a whole heap of reasons, whether it be to simply scent a house, ward off mosquitoes, or even as an expression of sadness. It is as vital to the Omani way of life as it is wonderful to smell, and Incense & Cedrat presents an incredibly pleasing take on the note that is entirely respectful of its importance and natural beauty.

To launch the fragrance, Jo Malone  transformed their (rather swanky) London town house into Oman for the day. Stepping over the threshold was a real experience. The air was thick with frankincense, the smoke of which permeated the plaster and thick carpet pile of this very British building, transporting one to a foreign land. Once inside, one could be forgiven for thinking they had just hot footed it off the plane straight on to the Arabian Peninsula. It was a door to another world. Thus is the theme for Incense & Cedrat – realism through a dash of perfumery magic.

END_OF_DOCUMENT_TOKEN_TO_BE_REPLACED

Too often us perfume lovers (and bloggers) can don our snobby caps and declare that all designer fragrance output is trash. This is more than just simple misconception, it is in fact a big fat lie, after all most of the perfumes that one would laud as a ‘classic’ are from designer outfits such as Chanel, Yves Saint Laurent and Christian Dior – the most ‘designery’ of brands.

That said, there is still a lot of dreck out there and the general modus operandi appears to be to create inoffensive fragrances that cater to the tastes of the mass market. But it seems that there is a small revolution taking place, where some designer brands are changing the game by creating enjoyable and easy to wear creations with more than just a little hint of ingenuity. We’ve seen it from Bottega Veneta, we’ve seen it from Prada and we’ve seen it from Maison Martin Margiela. Now we’re seeing it from Italian fashion brand Marni.

Marni Eau de Parfum is the brand’s first fragrance outing and they are in safe hands, having picked esteemed perfumer Daniela Andrier (Prada Infusion d’Iris & Candy and Maison Martin Margiela Untitiled) to pen the project. The fragrance intends to capture the playful spirit of Marni’s fashion and is described as “the opposite of the standard concept of femininity”, a description that fills this fragrance gender-bending nerd’s heart with nothing but joy.

END_OF_DOCUMENT_TOKEN_TO_BE_REPLACED

I like Tom Ford – not because he is incredibly handsome (although I’m not denying that he is more than a little bit dishy) – but because when it comes to perfume he has a keen sense of volume and seems to favour that which is rich, sturdy and loud. To put it simply he is the king of what I like to call ‘perfume writ large’.

His signature collection (Black Orchid et al) in particular displays satisfyingly loud levels of sillage and many are bold, divisive creations that provoke nothing but strong reactions. The latest addition to the collection – Sahara Noir – is no exception and it is perhaps one of Ford’s loudest and dare I say butchest fragrances to date.

Taking inspiration from “the mystery and luxury of the Middle East” and “evoking the untamed beauty of the arabic peninsula” Sahara Noir speaks of an exotic and wealthy world where bold statements in both fashion and perfume are the norm. This is Tom Ford’s domain and if there is one thing the man knows how to do more than anything else it is make a bold statement.

END_OF_DOCUMENT_TOKEN_TO_BE_REPLACED

Séville à L’Aube (Seville at Dawn), the lastest fragrance from renegade niche house L’Artisan Parfumeur, is a fragrance like no other. It is a fragrance born from a chance encounter between fragrance writer/blogger Denyse Beaulieu (of Grain de Musc) and renegade perfumer Bertrand Duchaufour who, after hearing Denyse’s story of a hot summer night in Seville during the holy week said the magic phrase: “Now that would make a very good perfume!” [1]. Thus Séville à L’Aube was born.

Well obviously that was after roughly 130 mods and a whole lot of to-ing-and-fro-ing between perfumer and muse. The devil, as they say, is in the detail and I would suggest that anyone interested in the creation of Sévile à L’Aube should pick up a copy of Denyse’s book The Perfume Lover (you can read my review here) and immerse yourself in the full story of Séville à L’Aube’s birth. It really is fascinating.

For Séville à L’Aube Bertrand Duchaufour had the mammoth task of capturing the sights, sounds and most importantly the smells of one of Denyse Beaulieu’s most unforgettable nights. Neither being known to shy away from a challenge they have managed to create an orange blossom soliflore that one does not hesitate in decreeing as being the absolute best of its kind. That’s right, you heard me: the best!

END_OF_DOCUMENT_TOKEN_TO_BE_REPLACED 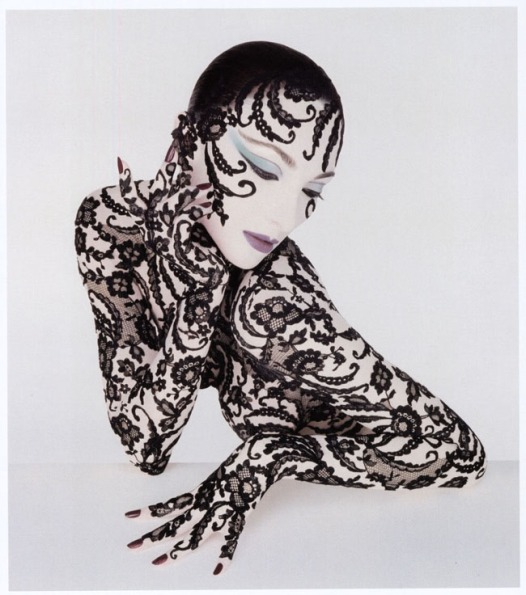 In 2010 the king of dark, brooding orientals and baroque florals, Serge Lutens, decided to launch an ‘anti-perfume’, a perfume that was designed to give you “a lasting sensation of wearing a ‘clean’ scent” [1]. Cue a huge outcry from the perfume community and hardcore Lutens fanboys (and girls); “He’s doing WHAT?! A clean scent?! Looks like Uncle Serge has finally lost it” they said.

Aristotle said “There is no great genius without a mixture of madness” and It is clear to me that Uncle Serge hasn’t lost it, instead it seems that he has quite the sense of humour. I can just see him sat in his office above his flagship boutique in the Palais Royal, chuckling away at the thought of the die-hard Lutenites trying L’Eau for the very first time. In my head he utters Miranda Hart’s catchphrase “such fun” as he tries to stifle his giggles.

This year Lutens has decided to take the joke that little bit further with the addition of L’Eau Froide, and as the name suggests, this time the water he is playing around with is is cold. Where L’Eau is described as a new kind of clean, L’Eau Froide is “Some fresh air in the rusty old water pipes.” [2] I told you he had a sense of humour! L’Eau was an essay in cleanliness and purity but L’Eau Froide is an essay in austerity and is just as gothic and Lutensien as you would hope it to be.