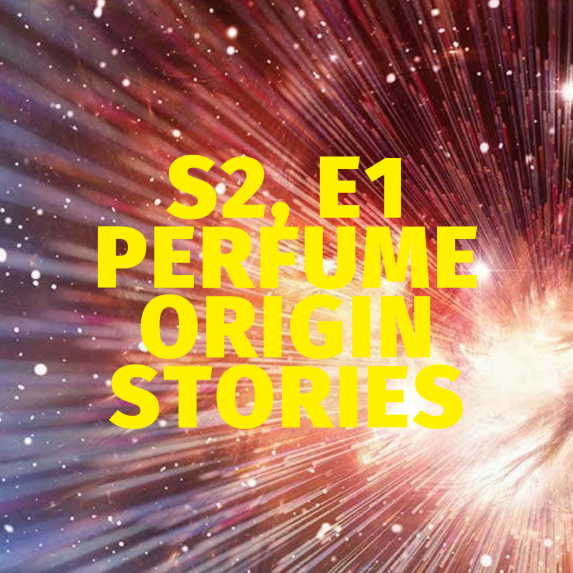 Fume Chat is back! To celebrate the launch of Season Two, hosts Thomas and Nick are chatting about their perfume origin stories – how they got into this little thing called fragrance. As always, exciting new things are sniffed too!

END_OF_DOCUMENT_TOKEN_TO_BE_REPLACED

It’s been over 25 years since MUGLER launched ANGEL, their divisive flagship perfume. Since then the signature ANGEL accord of patchouli and vanilla has been copied thousands of times over, birthing the likes of Coco Mademoiselle (CHANEL) and Flowerbomb (Viktor & Rolf) amongst many others. MUGLER too, have spent their time reimagining ANGEL, offering up a host of flankers, swirling their flagship scent into gourmand treats ranging from the boozy to the fruity, and all that’s in between.

In 2011, MUGLER launched an Eau de Toilette version of ANGEL (created by Perfumer Amandine Marie) that was lighter and more diluted (but not fresher) than the original. I’m not sure how well this version resonated but I suppose it didn’t feel different enough to really justify its existence. Perhaps MUGLER felt the same because for 2019 they have launched an entirely new ANGEL EDT created by Perfumer Louise Turner. New juice, new bottle, same old ANGEL.

END_OF_DOCUMENT_TOKEN_TO_BE_REPLACED 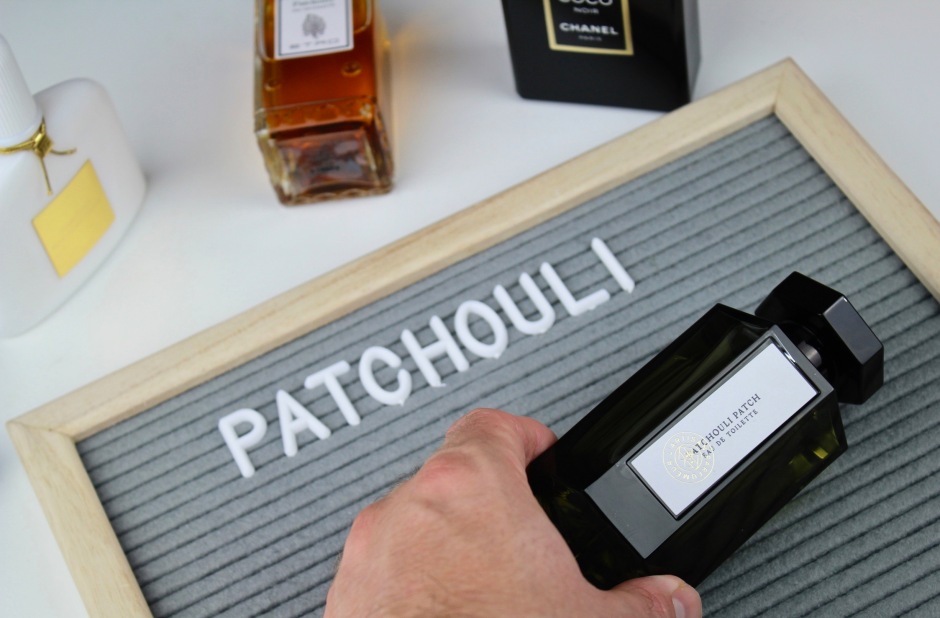 The purpose of these olfactory deconstructions (see Iris and Vetiver) is to understand a raw material used in perfumery by dissecting it into its many facets. By experiencing the many nuances, one starts to gain an appreciation for how it is used within a wider composition and how it can be utilised to create interesting and novel effects. Such is the magic of perfumery – where one distinct material can bring so much more to a fragrance than its odour profile, shifting and changing as it tessellates with other notes to create things that are more than the sum of their parts.

Today’s deconstruction is a widely used material: patchouli. I chose patchouli because it’s a material found in so many fragrances, many of which utilise it as a supporting act as opposed to the star that takes top billing. I also picked it because it’s a tricky note to love, due largely to its associations with head shops and hippies, not to mention how abrasive it can be as a smell. But patchouli is so much more than a new age oil, it’s actually a fascinating and multifaceted material that deserves a lot of attention – and today we are going to give it that attention!

END_OF_DOCUMENT_TOKEN_TO_BE_REPLACED 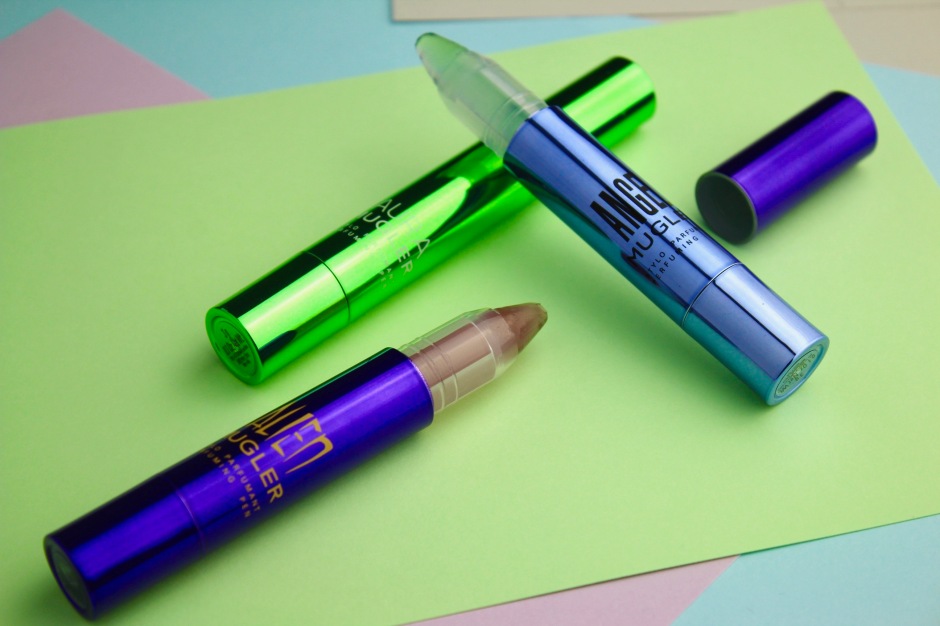 Oh MUGLER, why do you keep releasing all of these lovely things that I want? New fragrances, candles, shower gels – eesh, it’s just a MUGLER fest this year and of course II am here for it. What’s that you say? Brand new Perfuming Pens for ANGEL, ALIEN and AURA, you say? Each of them under £30 too? Hmm, it’s a tough sell, I’ll be honest. OK FINE I’ll take ten of each, please! Damn you, MUGLER. Damn. You.

END_OF_DOCUMENT_TOKEN_TO_BE_REPLACED

MUGLER have finally launched the highly-anticipated ALIEN MAN – a masculine counterpart to their blockbuster feminine ALIEN (launched in 2005) and their first male pillar since B*MEN in 2004. As you know, I’m a massive MUGLER fan so I have wasted no time in putting together some words in my weekly Escentual column to give you all of the details. So, if you want to know what ALIEN MAN smells like then all you need to do is click here and you’ll be taken on a little bit of a space voyage through this brand new scent.

END_OF_DOCUMENT_TOKEN_TO_BE_REPLACED

Creating a flanker of an iconic fragrance is no easy task. There has to be balance between the familiar and the unfamiliar, with the resulting fragrance smelling similar enough to the original to bear its name, but also different enough to justify its own existence. Now, that problem is amplified when the iconic scent in question has already been flankered (not a word, but go with it) numerous times already. How does a brand bring something new when they’ve given a scent the flanker treatment dozens of times already? Well, in the case of most brands, the answer is ‘not very well’, but when it comes to MUGLER, flankers are where the brand really gets to have fun.

ANGEL is the MUGLER flagship and it has had many, many, many, many, many, many (do you see where I’m going with this?), many flankers. Its incredibly bold signature makes it perfect flanker material because one can always recognise it, whilst its gourmand facets are begging for thousands of fantastical culinary twists – also there’s lots of stuff going on in ANGEL so there are lots of paths to go down in terms of flankering. So yes, ANGEL lends itself well to flankers and proof can be found in its latest incarnation ANGEL FRUITY FAIR. This limited edition celebrates “gourmand indulgence” evoking a magical carnival filled to the brim with feelings of unabashed joy. Sign me up!

END_OF_DOCUMENT_TOKEN_TO_BE_REPLACED

Instead of a Christmas gift guide this year, I’m switching out my regular Candy Crush posts for just as regular Christmas Crushes instead. In these posts over the coming weeks you’ll find some wonderfully scented gifts just in time for the holiday season, with products that I am crushing on. So get ready for some marvellous Christmas gift inspiration!

Ooh do I have a treat for the MUGLER addicts amongst you! This Christmas Crush post is solely dedicated to the house of MUGLER and those that reside in its many galaxies. In my mind there is no greater gift than the gift of MUGLER and this Christmas the brand has a rather splendid array of olfactory offerings for you to gift to your loved ones (or just to yourself – self care is very important, after all). So in this post you will find MUGLER gift sets, perfume, candles, body products and more, all of which will leave you scented FOR THE GODS. Enjoy!

END_OF_DOCUMENT_TOKEN_TO_BE_REPLACED

“I’m always crushing on something scented or other. My nose knows no limits. Candy Crush is where I showcase the beautifully scented things I’m crushing on right now so you can hopefully develop a crush too.”

Look at this! Just look at it! Isn’t it beautiful?

When Angel launched way back in 1992, Thierry Mugler was very keen on the bottles being refillable. The purpose of this was for two reasons; firstly, it’s ecological, but also the bottle was to become a beloved object that one kept forever and refilled whenever it ran out. The creation of Angel’s iconic star bottle was a technical feat that took years to get right, so it’s only fair that it should become such a treasured item. I remember speaking to a MUGLER Sales Assistant years ago who told me that she often refilled a vast variety of battered, bruised and well-loved Angel flacons at the source. So it seems that the wearers of Angel have fulfilled M. Mugler’s vision.