Creating a flanker of an iconic fragrance is no easy task. There has to be balance between the familiar and the unfamiliar, with the resulting fragrance smelling similar enough to the original to bear its name, but also different enough to justify its own existence. Now, that problem is amplified when the iconic scent in question has already been flankered (not a word, but go with it) numerous times already. How does a brand bring something new when they’ve given a scent the flanker treatment dozens of times already? Well, in the case of most brands, the answer is ‘not very well’, but when it comes to MUGLER, flankers are where the brand really gets to have fun.

ANGEL is the MUGLER flagship and it has had many, many, many, many, many, many (do you see where I’m going with this?), many flankers. Its incredibly bold signature makes it perfect flanker material because one can always recognise it, whilst its gourmand facets are begging for thousands of fantastical culinary twists – also there’s lots of stuff going on in ANGEL so there are lots of paths to go down in terms of flankering. So yes, ANGEL lends itself well to flankers and proof can be found in its latest incarnation ANGEL FRUITY FAIR. This limited edition celebrates “gourmand indulgence” evoking a magical carnival filled to the brim with feelings of unabashed joy. Sign me up! 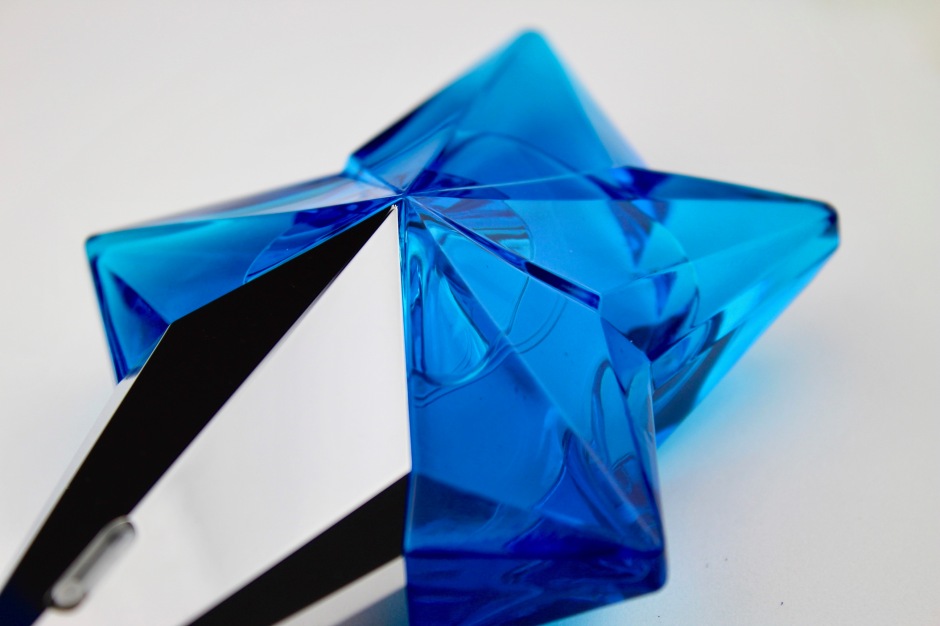 ANGEL FRUITY FAIR opens up with glossy red fruits. Smelling it, one imagines strawberries, apples and cherries made out of wax and topped with a nice, glistening sheen. Interestingly, the impression is fruity without being juicy, presenting the idea of the flesh of these fruits, all fresh with dew. A good deal of this character could come from the Pomarose, a Givaudan ketone that brings fresh facets of rose and apple. It’s all transparent and light, but the veil of citrus hides much of ANGEL beneath it.

The rest is very much ANGEL-light, with a delectable dry down filled with syrupy caramel, creamy vanilla and that jarring patchouli note we all know and love. I don’t get much of the promised rose thorn accord, which is a shame because I’d like to have seen (or smelled) what MUGLER’s impression of rose thorns would have been. Anyway, it’s nice to see a lighter version where all the goodness in the base isn’t washed out entirely it makes for a nice contrast, with a sweeter take on ANGEL livened up with joyful fruity notes. 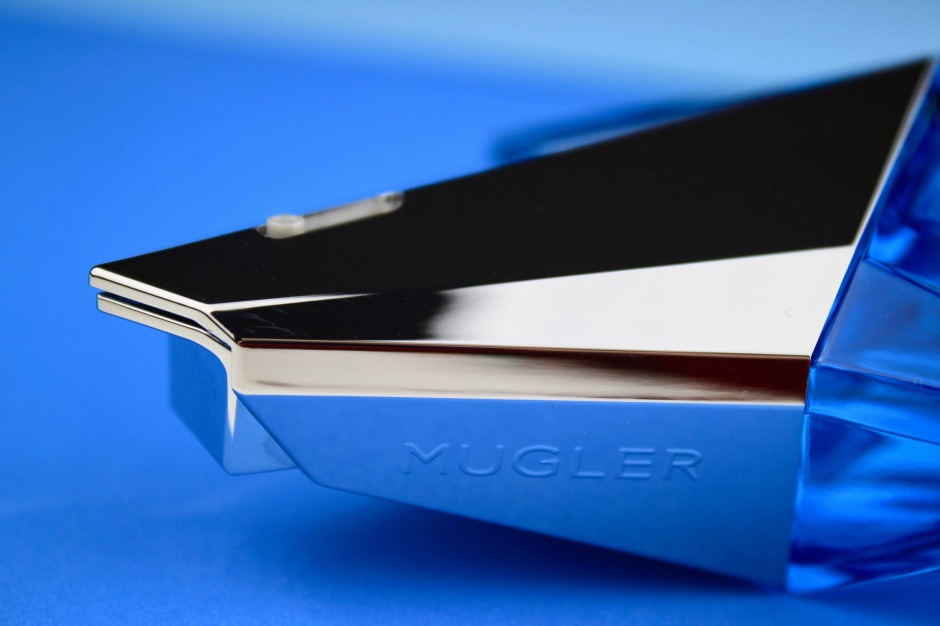 ANGEL FRUITY FAIR does exactly what one expects – it amplifies the fruity aspects of ANGEL, lightening up the composition and playing greater reliance on sugar rather than the darker notes of chocolate. In the base it manages to keep much of that which makes ANGEL, well, ANGEL. In terms of the lighter, summer flankers, it’s not my favourite and it doesn’t do the sweet thing quite as cleverly and beautifully as ANGEL EAU SUCRÉE (which was a genius stroke freezing ANGEL into meringue), but for a fruity folly for summer, it’s well worth a sniff, even if it’s not the most thrilling smelling ANGEL at the fair. I should add though, that the deep, cerulean blue bottle (which looks like the bottom of a swimming pool, no less) is HEAVEN!

Sample, notes and quotes via MUGLER. Images are my own.