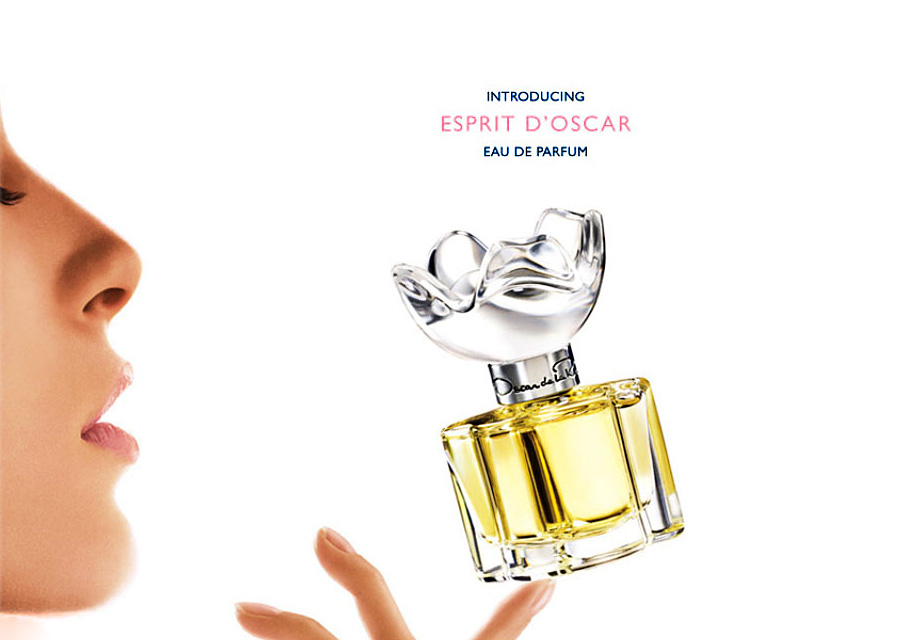 Esprit d’Oscar was created by perfumer Frank Völki and is meant to be a re-imagining of the original Oscar de la Renta perfume ‘Oscar’ which was created in 1977. According to the brand, the structure of the original has been ‘refreshed’ and made more ‘contemporary’.

I have not tried the original Oscar, so I’m not able to compare the two or comment on whether Esprit d’Oscar is a worthy reinterpretation, however the general consensus in the perfume blogosphere is that it is.

The top notes are effervescent citrus that absolutely sparkle once applied to the skin. I get the impression of freshly squeezed lemon and orange peel, mouthwatering yet sour. The citrus notes don’t hang about for long before the florals storm in and take over.

Tuberose is the main player here, it’s fairly soft by my standards (I do love me some tuberose) but the perfumer has allowed for slight facets of rubber and camphor to throw themselves into the mix. The jasmine adds an unusual, and slightly off-putting green soapiness that feels unbalanced and fuzzy.

After the soapiness wears off, the parma violet is allowed to stand up and be counted, this is when we get to the baby powder! Yes that’s right, baby powder…and as unusual as it sounds, it really works. The baby powder adds a sweetness that tempers the tropical nature of the florals.

Esprit d’Oscar warms up considerably throughout it’s development. The base is chock full of warm notes such as; vanilla, musk and amber but what really stands out is a creamy sandalwood note. The sandalwood is that same plasticky, almost coconut-like sandalwood note that we see in Samsara and No 5 EDP. This isn’t necessarily a bad thing, it just comes across as overly synthetic.

What I really love about Esprit d’Oscar is after about five or six hours all that is left is a creamy, vanilla/sandalwood base with the slightest hint of sour florals. The musk is used with a light touch and it manages to emphasise the powdery notes within the base.

Esprit d’Oscar is the spirit of the 80’s captured in a light, fresh and modern way. It doesn’t feel like it has been focus-grouped to within an inch of it’s life, it very much is what it set out to be: a modern interpretation of a much bigger, bolder fragrance from another era.

On the whole I am quite impressed, It’s refreshing to see this style of fragrance being released by a big name but I can’t help but thinking the soapy jasmine ruins it slightly. However, as far as tropical, floral orientals go Esprit d’Oscar is definitely worth a try. 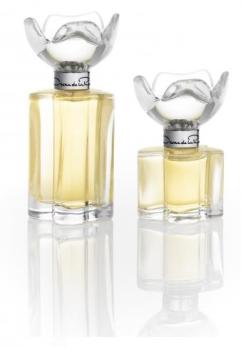 The juice is housed in a clear glass flacon that sort-of resembles the shape of a four leafed clover. The cap is in the shape of a flower which, whilst being quite pretty feels overly plasticky and quite clunky.

The 50ml bottle is much better proportioned than the 100ml.

Esprit d’Oscar is available 50ml and 100ml Eau de Parfum and you can get it from most Department Stores or Online Retailers.

This review is based on a tester provided by Escentual.com