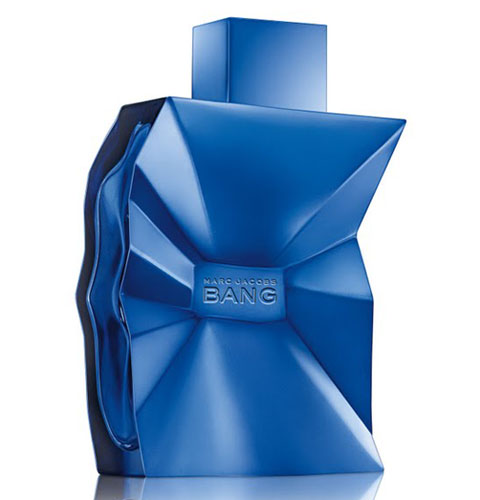 Those of you who read my review of the original Bang on Wednesday will know that I found it to be a thoroughly well executed masculine fragrance for the mass market, so you can imagine that I was quite looking forward to Bang’s first flanker; Bang Bang.

The name is amusing, ‘Bang Bang’, I thought; ‘Double the Bang? This must be a more intense version of Bang’, are you with me? Well you may be, but Marc Jacobs isn’t, Bang Bang is described as a ‘refreshing and dynamic’ version of the original.

If the thought of a ‘refreshing and dynamic’ masculine sends you into a dull-perfume induced coma then I promise to wake you at the end of this review.

Firstly, there are absolutely no similarities between Bang and Bang Bang (all of these ‘Bangs’ are going to get confusing aren’t they?), they are two entirely different fragrances. Bang is a warm, then cold and metallic peppery/woody scent and Bang Bang is fresh, woody custard pie.

As the notes state, Bang Bang starts with lemon, but the lemon here isn’t zingy and it doesn’t sparkle. The lemon is paired with a strong, synthetic smelling vanilla that creates an off lemon-custard vibe that smells creamy and sour.

The rest is all woods and musk, vague, nondescript and altogether uninteresting. There is definitely some sandalwood in the base, but it’s very much hidden by the noisy musk. I also detect a touch of cedar, but it’s nothing like the huge dose of cedar used in a lot of current masculines, which is Bang Bang’s only saving grace.

Bang Bang isn’t a dreadful fragrance, it doesn’t smell awful by any means but for me it commits one of the worst perfumery sins, the sin of being painfully generic and dull. I can think of at least three other fragrances that smell almost exactly the same as Bang Bang (Diesel’s Only the Brave springs to mind) and it doesn’t compare to the interesting pepperiness of the original.

So, Bang Bang may not be for me at all, but it may be for you. If you like fragrances such as Only the Brave by Diesel or 1 Million by Paco Rabanne I can see Bang Bang being something you may like. As far as I’m concerned Marc Jacobs can keep the extra Bang, I’ll stick with just the one thank you very much.

Are you still awake?

Bang Bang is available in 30ml, 50ml and 100ml Eau de Toilette and can be purchased from most department stores and online retailers. Matching body products are also available.

This review is based on a sample of Bang Bang provided by Escentual.com