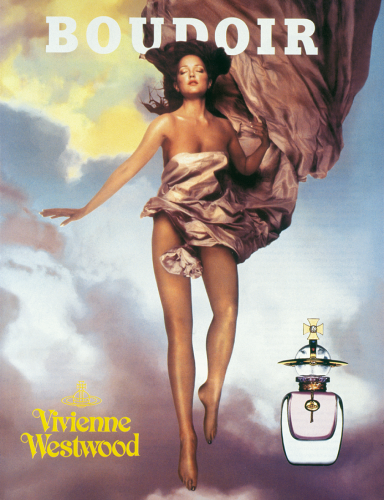 Talking about another Vivienne Westwood scent (Anglomania) last week as part of the ‘Gone, But Not Forgotten’ Series led me to drag out my bottle of Boudoir which has been lurking somewhere in the back of my ‘purgatory drawer’ – a fate that awaits those perfumes of mine that no longer have a place in my collection.

When I gave Boudoir its first spritz in what must be at least a year I was shocked, why was this in the purgatory draw? I like this! My biggest problem, it seems, is that I have a short attention span, I can only concentrate for a maximum of about five minutes before being distracted by something shiny or basically anything other than the task at hand (a problem that was recently brought to my attention by my boss, who very politely mentioned that my time management skills left a lot to be desired) and this is true with perfumes, I do tend to love something for a while before I get bored and want something new. I guess you could call me a ‘fragrant magpie’ of sorts.

Anyway, enough about me, on to the fragrance! Boudoir was Vivienne Westwood’s first fragrance and was released in 1998, it is classified as a ‘Floral Chypre’ and is the only Westwood fragrance that seems to have stood the test of time, Libertine, Anglomania and Let it Rock have all since fallen by the way side and have lost their places as part of the Westwood collection.

Boudoir is a perfect name for this fragrance, everything about it screams glamour and it also works really well as part of the Vivienne Westwood aesthetic – classic but unusual and surprising.

Boudoir opens with good degree of sparkling aldehydes, bright bergamot and sweet florals. There is something very ‘old school’ about the aldehydes that makes Boudoir smell like something that was released in the early 80’s rather than the late 90’s, but unlike a lot of the fragrances from the 80’s it doesn’t smell dated.

Rose jumps into the foray pretty quickly and Boudoir’s rose is sweet and its green nuances are amplified by strong jasmine. Bitter, indolic orange blossom gives some stability to the composition and stops the rose from being overbearing or too sweet. Viburnum is also listed, and I remember reading somewhere that it is Westwood’s favourite flower (it is also appeared in her second perfume, Libertine), having never smelled it I cannot comment on how it smells, but I cannot smell anything unusual so I’m just going to go ahead and say that it smells ‘floral’.

The sweet florals combined with orris give the impression of face powder, and everything about Boudoir makes me think of a light pink, silk adorned Boudoir where a glamorous woman applies her make-up, fragrance and outfit ready for the night out, or in perhaps.

Now, you would expect that a perfume given the name ‘Boudoir’ to contain a good deal of raunch, after all beautifying oneself isn’t the only thing that happens in the Boudoir. This Boudoir doesn’t disappoint, there is a good deal of skank, the kind of skank that is reminiscent of warm, sweaty bodies, however it isn’t a skank fest. Civet is listed as a base note but I would say the raunch/skank in Boudoir smells much more like cumin, and you cumin-phobes out there may or may not like Boudoir, it entirely depends on your level of tolerance for the note, but I would say it’s relatively tame, it simply adds a human warmth that feels comforting rather than disturbing.

As I mentioned earlier, Boudoir is classified as a ‘Floral Chypre’ and whilst it may not smell like an old-school chypre in the same vein as Mitsouko, it definitely smells more like a chypre than the slurry that is passed of as one nowadays. Boudoir’s base is a blend of patchouli and sandalwood, it is warm, dry yet creamy (you’ve got to love the way that sandalwood does that) and slightly bitter. Tobacco ensures that Boudoir always stays sweet right to the end, and also gives the base an attractive dryness.

It looks like I owe Boudoir an apology, she has been dragged out of the ‘purgatory drawer’ and is no longer shunned, in fact I have already ordered myself a replacement bottle because this one is almost finished. Maybe I should dip into the purgatory draw more often? 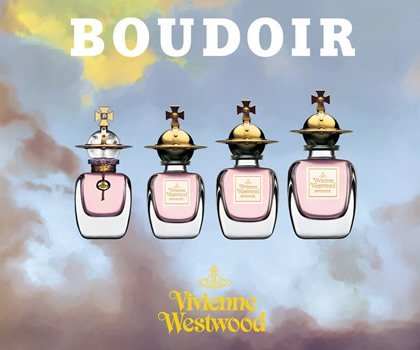 Boudoir is designed to look glamorous on the dressing table in any boudoir.

There have been two Boudoir flankers; ‘Boudoir Sin Garden’ and ‘Boudoir Jouy’.

Have you recently rediscovered any forgotten loves? Let me know in the comments box below.

You should also head over to Olfactoria’s Travels where Birgit has been discussing our ‘Fragrant Regrets’.

This review is based on a bottle of Boudoir from my own personal collection.