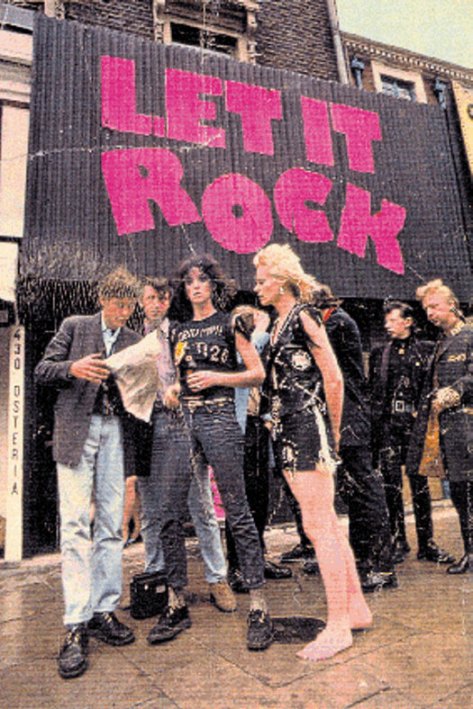 Throughout the majority of my perfume journey I have been under the impression that it’s all about the juice with my mantra very much being; ‘nothing else matters except the smell’. But I’m no longer sure that this is entirely true, after all a perfume is a concept, and the best perfumes are the ones where the smell, bottle, name and concept are harmonious with each other. One thing that I have recently discovered is that a bad name can really take away from my overall enjoyment of a perfume. I can hide a crap bottle and I don’t necessarily have to tell people the inspiration behind the perfume I’m wearing, but if the name is bad then things can go sour rapidly.

Take Shalimar for example, could Guerlain have picked a more beautiful and fitting name? Or what about Gorilla Perfume’s ‘Breath of God’? Or on the flip-side, think of Thierry Mugler’s Womanity, the hideous name (sorry Thierry) honestly does make me hesitate from picking up my bottle at times. A bad name can ruin things, just as a good name can be the cherry on top that makes for perfection.

One brand who can always be counted on for an interesting name is Etat Libre d’Orange – they’ve got it all, from Fat Electricians to Magnificent Secretions and Hotel Whores. I think these names are fabulous but I can understand why they might rub some people up the wrong way, they are after all quite risqué. But name-wise Etat Libre d’Orange are at their best when they aren’t trying to be controversial (‘Jasmin et Cigarette’ anyone?) and none have been bestowed with a more perfect name than their latest release – ‘Malaise of the 1970s’.

Malaise of the 1970s may be the latest perfume from the Orange Free State but it is in fact a repackaged version of 2010’s Sex Pistols fragrance created in collaboration with Sephora. Etat Libre d’Orange describe Malaise of the 1970s as being “Inspired by a wealth of seventies pop culture references, from Star Wars to The Stranglers, Malaise of the 1970s captures the resistant and tumultuous spirit of the times. A metallic juice that resonates like the twang of a guitar string, its sharpness reminiscent of safety pins fastened to tartan. A distillation of rebellion, music and raw emotion.” [1] 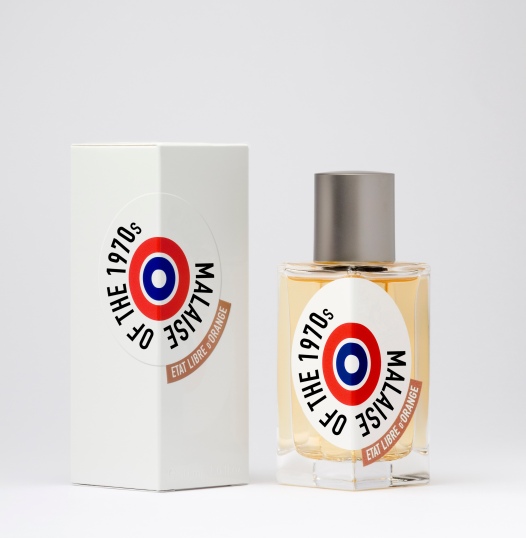 Now I’m not going to sit here and say; “Oh wow, this smells just like the 70s, well at least the way I remember them smelling anyways” because I wasn’t technically alive back then. In fact I didn’t make my grand entrance into the world until the late 1980s (I like to think it was grand but my mother assures me it wasn’t), instead I will say that Malaise of the 1970s does have a strong retro feel about it, and that’s all down to one ingredient – the patchouli.

Malaise of the 1970s starts out in a very lively manner with riotous notes of sparkling lemon, fizzy aldehydes and the black pepper which crackles like an antique vinyl record. It seems that perfumer Mathilde Bijaoui (also responsible for the impeccable ‘Like This‘) has shoved in as many effervescent notes as possible, each of which bounces off the other and makes for a rather fun opening that still manages to remain relatively well behaved and never quite crosses the line into full blown anarchy.

As the riot of the opening is dispersed, Malaise of the 1970s becomes a bit softer and fruitier. No there is no need to fear, there are no pink berries here, instead the fruit of choice is a rich and sticky prune, a note that was also cleverly used in Etat Libre d’Orange’s flagship fragrance ‘Archives 69’. The subtle use of the prune simply gives Malaise of the 1970s a soft fruity undertone and adds a welcome touch of colour to the composition.

As it dries down, Malaise of the 1970s really becomes all about the patchouli. There is a hint of leather in the dry down but the focus remains firmly on the patch. Now, I may not have been alive in the 70s but I do know that that patchouli was relatively popular at the time so it stands to reason that it should be so prominent here. I’m also very glad to report that the patchouli in Malaise of the 1970s is of the good variety, not the ‘cleaned beyond recognition variety’ that we’re so used to seeing. It is relatively dry and earthy but also has a really soft, furry texture that feels like a second skin.

Malaise of the 1970s is an uncomplicated fragrance, it feels effortless to wear and despite the prominence of as heavy a note as patchouli it does wear relatively light on the skin and you can still detect some of the initial fizz right into the far dry down. I didn’t expect to think much of it at all but It has surprised me and I have already made a big dent in my bottle which makes me think that it’s going to be a staple for me this summer. Perfumes like this are the reason why I am an Etat Libre d’Orange fan-boy!

This review is based on a bottle of Malaise of the 1970s (in the Sex Pistols packaging) from my own collection.