YouTube frightens me slightly. Maybe I’m just a wimp but despite the wealth of content YouTube has more loons, weirdos (not the good kind) and trolls than any of the other ‘tubes’, including the London Underground, which indeed has its fair share. Other than the odd music video and occasional perfume-related video I really don’t visit it much and I admire those who can put themselves out there, warts and all.

One person who is not afraid of YouTube and actively embraces the medium with as much gusto as one person can conjure is Katie Puckrik of Katie Puckrik Smells. Katie’s YouTube reviews are pithy, fun and are splashed with charismatic wit, which is no surprise as Katie Puckrik is someone with oodles of charisma and she has been a key player in changing the way that perfume is discussed.

As a general rule of thumb I am not a big fan of YouTube perfume reviews, with my tastes lying with the written word rather than the spoken, but I always make sure I watch Katie’s videos because she talks about scent in not only an intelligent way, but because she makes it so much fun. It was for this reason that I jumped at the chance of spending an evening with Katie Puckrik organised by Olfactory Events and Perfume Lovers London.

For ‘Katie Puckrik Smells – And How!” Katie took us into the domain of YouTube perfume reviews – the good, the bad and the ugly. Not forgetting the satanists, angry teenage girls and 40 year old guys that make up such a colourful world of weird.

After awakening a love for perfume Katie was encouraged to start talking about the subject on YouTube by her husband, perhaps for “self-preservation” Katie notes, but the encouragement was certainly not misdirected, regardless of the intentions. Katie’s introduction to YouTube was a baptism of fire, in which she received her fair share of negative troll-like comments from its wonderful residents as well as a bunch of fabulous, yet bizarre requests from viewers.

Katie’s “Viewer Mail” segment was the main focus of the evening and she shared with us her favourite requests, which ranged from the odd to to the downright troubling, along with her recommendations, which we were able to smell, rate, slate fall in love with as she contributed her own zany, yet spot on descriptions.

Help Me Fake a Sex Life

One very interesting request (from a psychological standpoint) came from a reader who wrote:

“…is there a sex-scented perfume? My ex is coming over next week to pick up her stuff, and I was thinking of ways that I could make her jealous via the façade of an active sex life.” [1]

Katie, who is not one to shy away from a challenge, came up with a multitude of ‘sex-scents’ that represent both the masculine and feminine smells of coitus.

The plethora of pungent procreation-related suggestions ranged from the clean & fresh yet saline and sperm-y Mugler Cologne to the musky, sweaty and downright filthy lady’s undergarments of Boudoir by Vivienne Westwood, along with the sweaty skin covered by a strong floral of Putain des Palaces by Etat Libre d’Orange and the incredibly human Muscs Koublaï Khän by Serge Lutens.

For this conundrum Katie also consulted with Sensory Psychologist Avery Gilbert who provided the following nugget of information:

“As a student of animal sex behaviour – including what’s politely referred to as the “competitive mating scenario” – I can suggest a couple of olfactory tactics for Mr. Pseudo.

Does his ex have a sister? If so, then spritz around a bit of the sister’s favourite scent. Or the perfume of the ex’s bestest girlfriend.

Context makes a big difference in odor perception. So be sure to leave an unfamiliar toothbrush on the bathroom sink and a thong hanging on the inside doorknob.” [2]

How wonderful is that?! All of the suggestions in this category were spot on for me, especially Boudoir and Putain des Palaces, both of which give that impression of ruffled sheets on a bed that has just been inhabited by two rather sweaty bodies.

The real surprise, however, was Féminité du Bois, which I’ve never really considered to be evocative of naughty night-time antics, but such is the power of the Puckrik persuasion. Smelling it now there is a real sweaty quality to it that is undeniably human and ravishingly sexy. 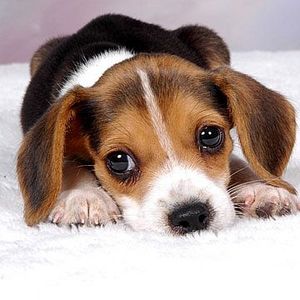 We’re all familiar with the smell of dog, both the lovely snuggly variety and the slightly-less-lovely wet version. Not being a dog person (being a perfumista means that I must sit on the feline side of the fence – it’s the law) means that I’m rather unfamiliar with the smell of canine paws, but it seems that Katie’s readers/viewers are, one writes:

“I’m a dog person and my number one comfort scent is the smell of dog’s paws. Go ahead and stick your nose between Rodrigo’s (Katie’s dog) toes. Did you smell Fritos?

…Now, I don’t want to go rubbing corn chips over my body, but is there anything out there that would push similar olfactory buttons?” [3]

So what were Puckrick’s picks for tortilla chip dog paws? Well Bois Farine by L’Artisan Parfumeur and Like This by Etat Libre d’Orange & Tilda Swinton of course! Neither fragrances are particularly animal but both share a warm yeasty, bready quality that does smell comforting and snuggly. Bois Farine was perhaps a little too off the wall for me, it does smell like flour after all and I’d see it as a curiosity rather than something I would wear. Like This, however, is one of my all time favourites – a triumph of warm, homely perfumery. 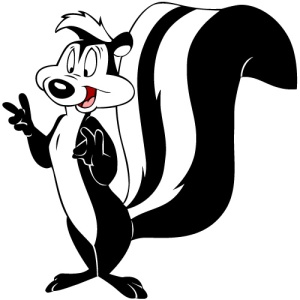 If you thought that wanting to smell like a dog’s paws was odd then you best prepared for the next viewer request, which came from a viewer who wished to smell like the smelliest of animals, the skunk:

“Ever since I was small, I have liked the smell of skunks in the distance. Not a close-up, just got sprayed, time to break out the tomato juice skunk, but more like road kill skunk the next street over” [4]

Skunks aren’t really a big thing here, not that I think their particular in fashion in the US, but you get what i mean, so it stands to reason that I have no idea what a skunk smells like, but if road-kill skunk is anything like Katie’s suggestion of Black Afgano by Nasomatto then they can’t be all bad.

Black Afgano is a heady, overpowering blend of hashih, burned weeds, resins, tobacco and oud. It has an underlying acrid quality that is at once unsettling and addictive, it almost burns your nose hairs. This rich and tenacious fragrance perfectly represents the animalic beauty of the skunk, or at least what I imagine that animalic beauty to be. Pepe le Pew never smelled so good. 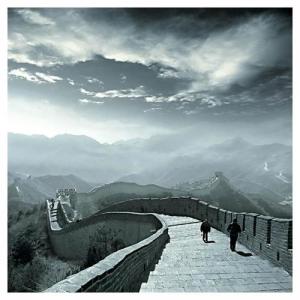 Yep, you heard that right, someone wants to smell like Chinese air pollution. This particular request came from a viewer who had spent a lot of time in China growing up and who wrote:

This was no mean feat for Katie Puckrick whose two suggestions – Dzonghka and Jasmin et Cigarette – both fit the bill pretty well. Jasmin et Cigarette is a melange of fruit, hay, industrial jasmine and a tobacco note that is more freshly opened pack of Malboros rather than overfilled ashtray. Dzonghka on the other hand is a bizarre mineral filled incense and is both austere and smoky. Layered together they would give the impression of unclean, smoke-filled air. 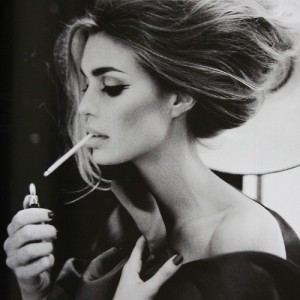 Now this is a request I can understand! This rather fabulous gentleman is a big fan of women’s fragrances, but not just any women’s fragrance, no, he likes the bitchiest femme fatale fragrances he can get his hands on, he writes:

These fragrances generally seem to be fruity florals, which I especially like with a little “repulsion” — animal and indole with my fruit and flowers really light me up…

…The problem is, most fruity florals I find are more, as you put it, “sorority walk of shame” than femme fatale…

…As Sandra Cisneros wrote in The House on Mango Street:

“In the movies there is always one with red lips who is beautiful and cruel. She is the one who drives the men crazy and laughs them all away. Her power is her own. She will not give it away.”

Any suggestions on how I can smell like that?” [6]

Of course Katie had some pretty spectacular suggestions for a “un homme fatale”, the standout of which was Nuda, another Nasomatto fragrance. Nuda is most definitely a femme fatale, she stuns you with a huge dose of indole then lures you in with a jasmine note that can only be described as ‘full-on’. It is surprisingly unisex for such a strong white floral.

Nuda also has some wonderfully fruity and tropical things going on underneath the jasmine and indole. A big slug of ripe-banana-like ylang ylang really heats things up and after a few minutes of smelling it, it was very clear that this white floral lover NEEDS a bottle of this in his collection. Does that make me “un homme fatal”?

… the evening was a great success! Katie has a wonderfully engaging character that makes you sit up and listen. She also as a unique way of describing scent, mixing wit, uncanny associations and a bit of raunch in an irresistible cocktail that is hard to ignore and even harder not to love!

A massive thank you to Katie Puckrik and Lila Das Gupta for organising such a wonderful evening. For further information about upcoming events please visit the Perfume Lovers London Meetup Page.