There are so many fragrance launches each year it’s difficult to write about them all. Speed Sniffs is a way to bring you to the point reviews fragrances that are quick and easy to digest. After all, sometimes all one needs is a few lines to capture the essence of a scent. Speed Sniffs are perfume reviews without all of the faff.

Only CREED could name a fragrance ‘Viking‘. There’s something so audacious yet so fitting about the name that it could only have been chosen by the house of CREED. Now, I’ll be honest and say that I’m no CREED fan, but I do enjoy a number of their fragrances, namely Virgin Island Water and Love in Black, which are really quite beautiful. So I approached their latest masculine fragrance, which just so happens to be their first since Aventus (which itself has become something of a cult phenomenon, no less), with intrigue and just a touch of caution. I needn’t have been so tentative.

Viking takes inspiration from longboats and exploration on the high seas. It is described as being “bold, fearless and determined” and is a fragrance created on the theme of discovery. The bottle takes it colour from the red hot flows of lava in Iceland and it’s really quite handsome. Where Aventus promised conquering masculinity, Viking appears to take it one step further, using the signature fresh-mineral style of CREED to create a masculine signature that is even more audacious.

Viking opens fresh with citrus, spice and mint. Now a description of ‘fresh’ in a masculine usually sets of the alarm bells because it most often means the same old, boring metallic zestiness, but Viking offers up something different. The freshness comes from three separate elements, namely; a bright bergamot note; a mineral-esque and spicy pepper note; and a cooling wave of green mint. The result is a herbal, sparkling and every-so-slightly medicinal opening that feels like a clash between the classic (aromatic) and the modern (silvery spice and citrus). So far, so good.

Underneath that complex freshness is a warmer heart of rose with just a touch of lavender, which links the heart to the menthol opening accord. The rose itself is grey in tone, evoking volcanic rock whilst boasting a herbaceous, geranium-like crispness that continues the them of freshness right through the composition. In the base, patchouli and vetiver create a gauze-like finish that is raspy, mineral and masculine in a incredibly transparent manner. Viking is a consistent and complex composition from start to finish – from top to base. 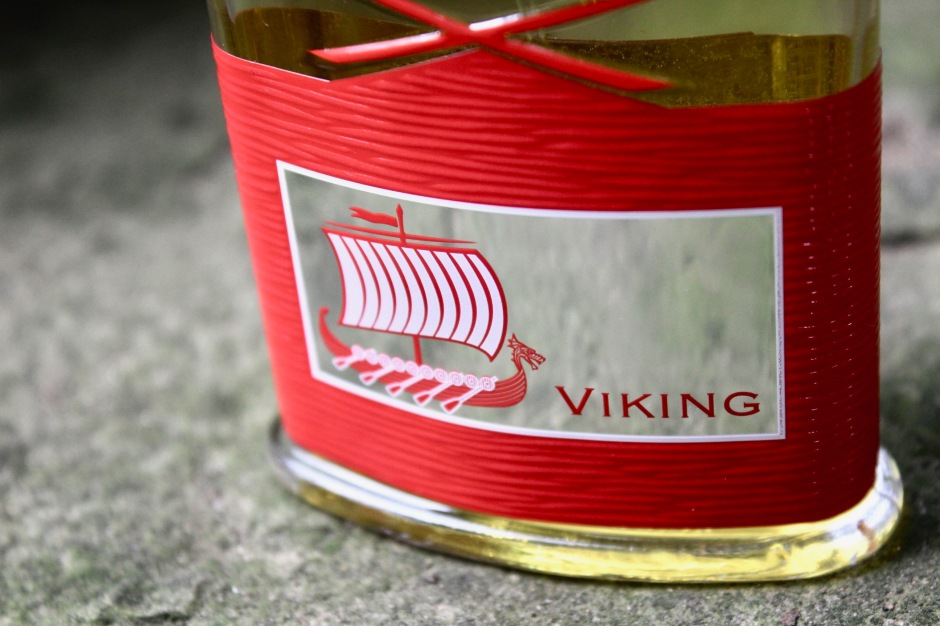 Do you know what? I actually quite like it. There’s some interesting stuff going on here in terms of the metallic, super-fresh spices against the backdrop of rose. I also enjoy the menthol nature of the mint which, up top, feels a little bit medicinal, giving the impression of icy cold seas. Viking presents a modern take on the classic aromatic fragrance and whilst it is definitely very pricy, it’s worth seeking out if your looking for a complex masculine fragrance with the versatility of both formal and casual wear, and have some money burning a hole in your pocket. Also, that volcanic red bottle really is very nice to look at!

…you’re a CREED fan boy (or girl). But also if you fancy something that portrays an unusual perspective of freshness, twisting the classic to create something modern and versatile.

Sample, notes and quotes via CREED. Images are my own.