I have a weird little rule when it comes to reviewing fragrances: I don’t wear a fragrance until I’ve photographed it, after which I can spray on as much as I like in anticipation of the written part of my review. I’m not saying I don’t have a cheeky little spray before the shots are taken, but I definitely make sure that the bottle remains mostly full. Why is this, you may be wondering? Well, it simply looks better when the bottle is full, so it’s purely for aesthetic reasons. Anything for the perfect shot, right?

Well, in the case of Eau de Citron Noir, the latest addition to Hermès’ Cologne Collection, I broke my own rule. This happened casually and regularly and I found myself not only sneaking a spritz here and there, but also giving the scent numerous full wearings. Perhaps it’s just the good weather we’ve been having, or maybe there is something irresistible about it. Whatever the reason, you may notice in the photos that the bottle is not 100% full. I’m sure you’ll find it in your hearts to forgive me.

Eau de Citron Noir is Perfumer Christine Nagel’s second cologne for Hermès (the first being 2016’s Eau de Rhubarbe Écarlate). They describe it as showcasing “The striking and explosive vitality of citrus fruits combined with the depth of subtle smoky and woody notes of black lime.” That all sounds rather tempting, doesn’t it? Not to mention the fact that that deep blue bottle is heave on Earth… 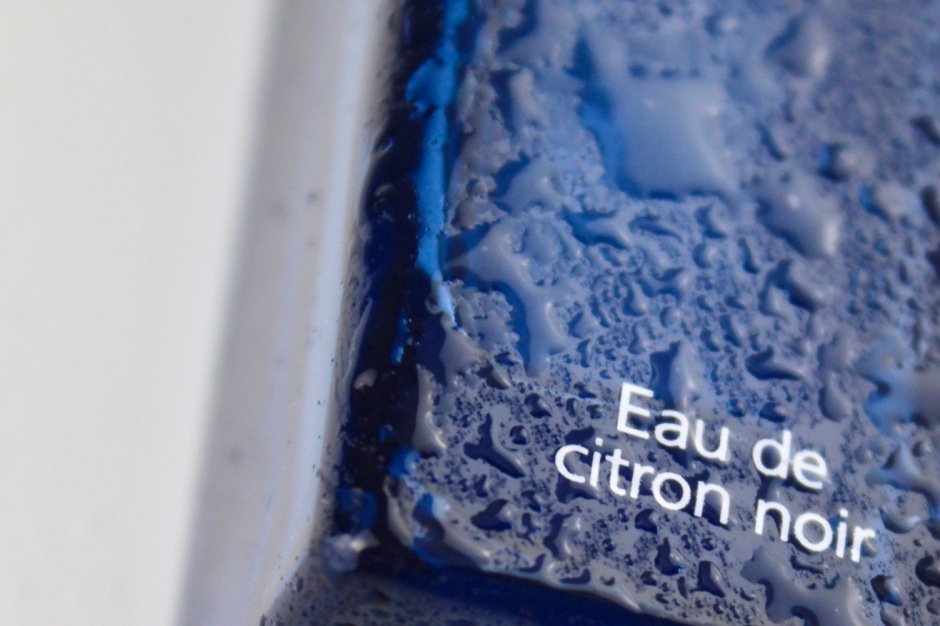 Eau de Citron Noir starts out vividly fresh and biting with a big ole blast of lemon, citron and lime. It is wonderfully juicy but it also has a palpable fleshiness to it that makes for an incredibly three dimensional experience. These citrus notes compliment and contrast each other, allowing for the perfect balance of freshness, sweetness and bitterness, making for a fully-rounded impression. For further contrast, a verdant leafiness brings a subtle but lush jungle effect. It’s an impressive start, for sure.

I think of this fragrance in two halves; the vibrant citrus and greenery of the top notes; and the smoky warmth of the woody base. This second half provides the power and depth that keeps everything so punchy and vivid. The smoke comes from a black tea note, which provides an element of discord, with its dry smoke clashing through the juicy citrus (in an intriguing way). The cabrueva wood has a spiky, synthetic feel to it that  brings an added layer of interest to what feels like a composition rooted firmly within nature. Eau de Citron Noir merges the classic and the modern perfectly. 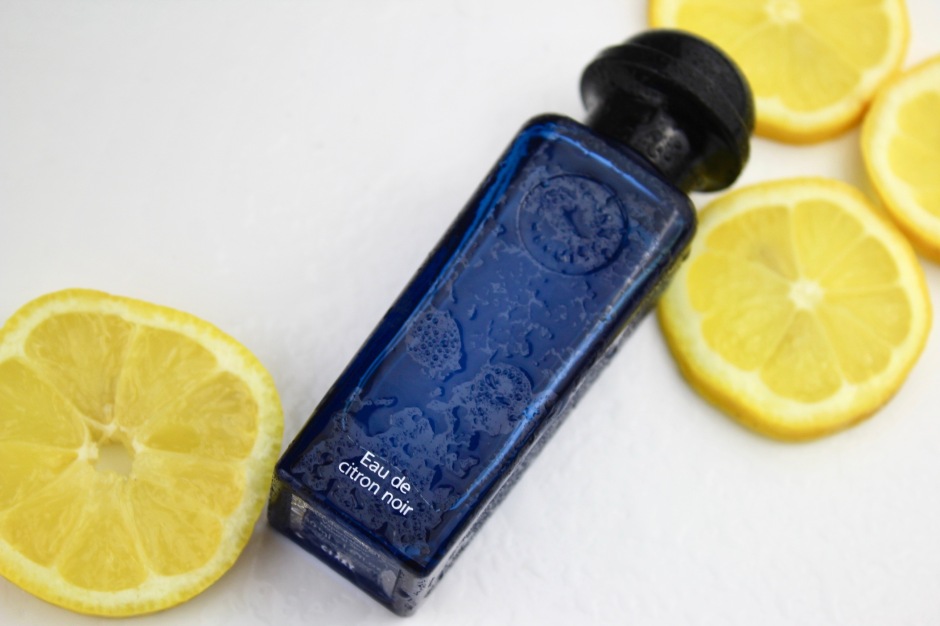 Eau de Citron Noir is a crowd pleaser scent. It isn’t trying to say anything particularly unique, but it presents a freshness that I can only describe as satisfying. Wearing Eau de Citron Noir is like splashing on  – it is cooling, refreshing and utterly pleasant in every way. I enjoy the bitterness and that synthy warmth in base, it provides depth and contrast, which is much needed in a citrus-centric cologne. Like all of Hermès Colognes, Eau de Citron Noir presents simple freshness with a contemporary twist, but unlike many of the brand’s fragrances, the presence and longevity of Eau de Citron Noir is impressive. Anyway, i’ve found myself reaching for it pretty consistently, so I guess that says a lot about how I feel!

Sample, notes and quotes via Hermès. Images are my own.