Can we get real for a second? Most modern mainstream masculine fragrances are pretty terrible. I’m sorry, but it’s true. Yes, of course there exceptions and some mainstream masculines are absolute masterpieces, but the truth is that most of the time, gents are simply offered more of the same. Things are always fresh and sporty, citrussy and woody. If that’s not the case then we’re talking “noir” and amber. It’s all very uninspired, very safe, and not very exciting.

“But not always” I hear you cry and you’re right. There are one or two mainstream brands out there who do actually give a hoot about what they’re making, balancing innovation with accessibility. Surprisingly, one of these brands is dunhill London, who are quietly making incredibly affable masculine fragrances that are a few steps above the hoi polloi. They’re not weird or challenging – they’re easy to get on with, made with good materials and with unique, intriguing facets. I’m a fan.

dunhill London’s latest is Century. They describe it as “a fresh new signature”, saying that it is “embracing the future” with “a new clarity”. Created by legendary perfumer Carlos Benaïm (Eau de Magnolia and Music for a While), who was also responsible for dunhill London’s remarkable ICON, Century is a transparent masculine fragrance that, like the concave, clear shapes found within its striking flacon, reflects a multi-faceted core – a heart of sandalwood. “Make your mark on the future” says dunhill London, and if they have anything to do with it, the future of mainstream masculine perfumery looks very promising. 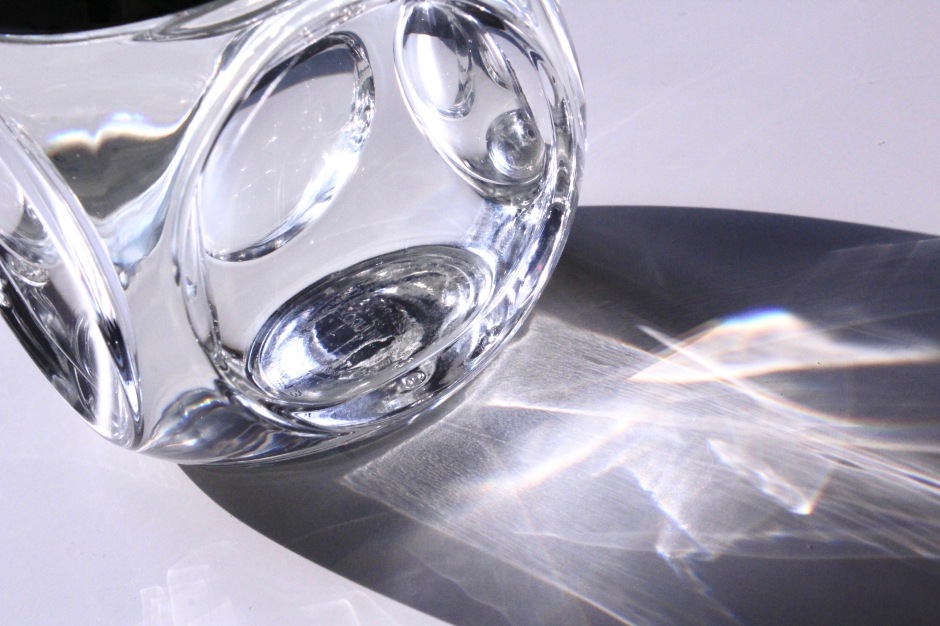 As the crystalline clear liquid suggests, Century is a clean, transparent fragrance with a distinct lightness. In fact, I’d describe it as ‘floaty’. There are citrus notes listed, but I feel as if the lustrous quality is not achieved distinctly by either bergamot, grapefruit or mandarin (although there is a definite dewy, fresh quality for the first few moments), instead the effect is more akin to a lightly spiced neroli, announcing the fragrance with a magnesium-flash of white light.

The wood at the heart of Century is an effervescent and bright sandalwood. It has a sharp, spiky character that makes one think of blonde pencils. There’s also a creamy quality to woods – in fact, maybe creamy is to unctuous a description because the result is more akin to milk. You know that Björk video with the fornicating robots? The one where their robotic limbs are sprayed with a milk-like substance as they spark? To me, that’s what Century’s sandalwood smells like.

The wood facet never truly goes away but it does melt into a softer bed as it dries down. Century is a rather subtle fragrance overall, but as it shakes off its spikier woody nuances, it gains a surprising powder element that is almost evocative of suede and iris, channelling classics such as Dior Homme and more contemporary takes on this theme (a la Valention Uomo, but without all the confection). Musk adds lift and space, but is also the modern link that brings everything bang on trend. It truly is seamless, moving from facet to facet with the accuracy of a Swiss timepiece.

Century is my favourite dunhill fragrance to date. It’s a wonderfully luminous sandalwood that perfectly captures that balance between smart and casual, making for something that is entirely versatile. Whilst the bottle certainly makes a statement (it really is a work of art) Century isn’t a statement fragrance – it’s not something that’s going to make a scene when you walk into a bar wearing it, instead it just feels like a layer of sprayable elegance that one can whack on for comfort without forsaking a sense of style. Great work indeed.

Century is available in 75ml (£59) and 135ml (£79) Eau de Parfum. It is currently exclusive to Harrods but launches nationwide next week.

Sample, notes and quotes via dunhill. Images are my own.