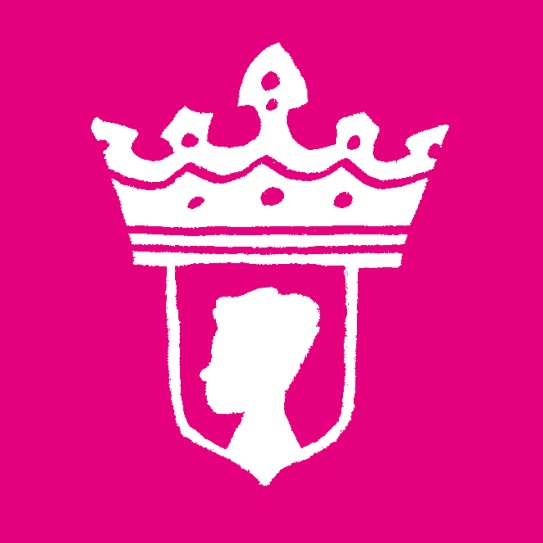 So here we are, on the very last day of 2018! This year has been an odd one – the world feels as if it is collapsing in on itself and for that reason, it has been quite stressful. Personally and professionally it has been turbulent – lots of great ups and some downs too. So it’s nice to do something as frivolous as focus on the best and worst perfume of the year.

That’s right, it’s time for my annual Candies – my virtual award show for the greatest and the, err, not so greatest perfumes of the year. Here you will find my ten favourite perfumes, with other awards such as Best Flanker and the much-coveted Sour Candy, which is awarded to the worst perfume of the year. So pour yourself a drink, it’s gonna be a long night – JK, you’ll breeze through it in ten minutes, promise. 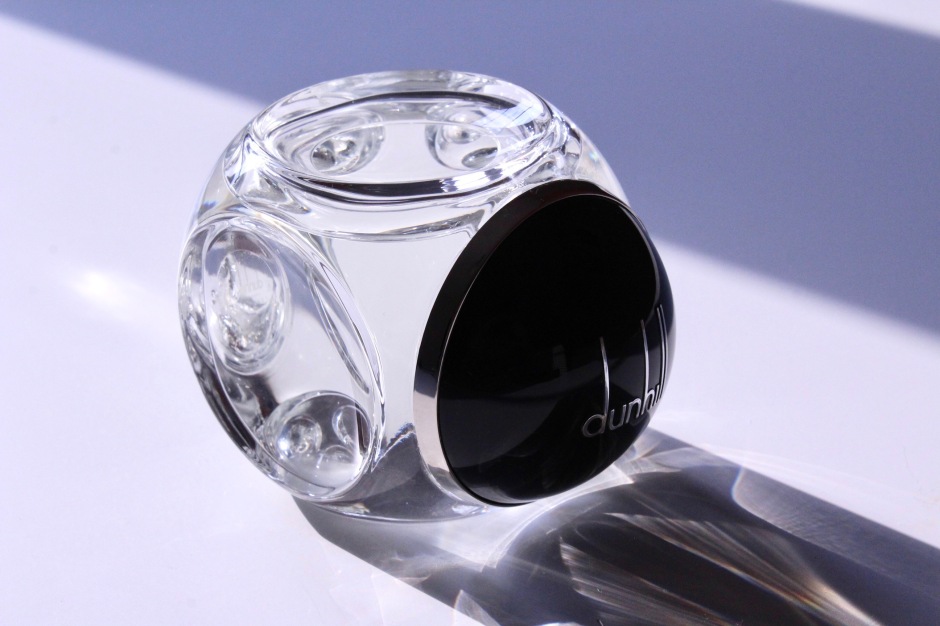 The fresh sandalwood trend has really filtered down from niche into mainstream. Santal 33 by Le Labo made it popular and now anyone who is anyone is doing a fresh take on sandalwood. I’ll be honest, I’m not mad. I think it’s interesting to see a familiar note explored in different ways, thanks in part to intriguing materials. Century paired sandalwood with violet leaf, extending the fresh, mineral character of the wood, making it weightless and diffusive in a way that is out of character. It is great work and an incredibly comfortable masculine that goes against the ambroxan-laden Sauvage style that is so popular, and so tired… 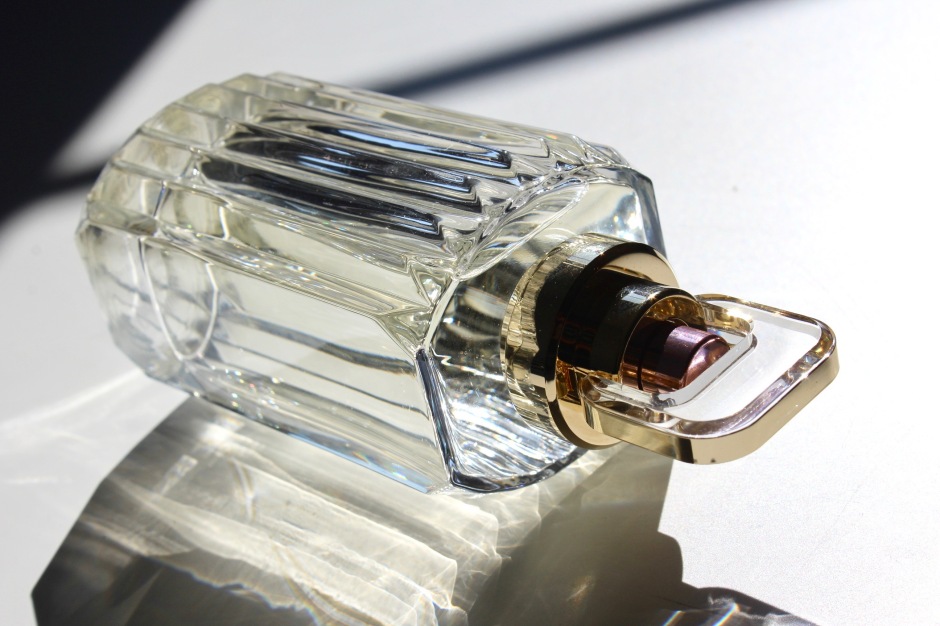 I love an abstract floral. When one thinks of abstract bouquets, fragrances like Lauder’s Beautiful spring to mind, but scents such as this are somewhat dated in 2018. Carat brings new life to the genre, pairing seven floral notes together to create a glassy, crystalline bouquet that seems to appear as entirely transparent and awash with colour at the same time. It’s a masterful piece of work from the legendary Mathilde Laurent and further proof that Cartier really does make some of the very best mainstream perfumes out there. 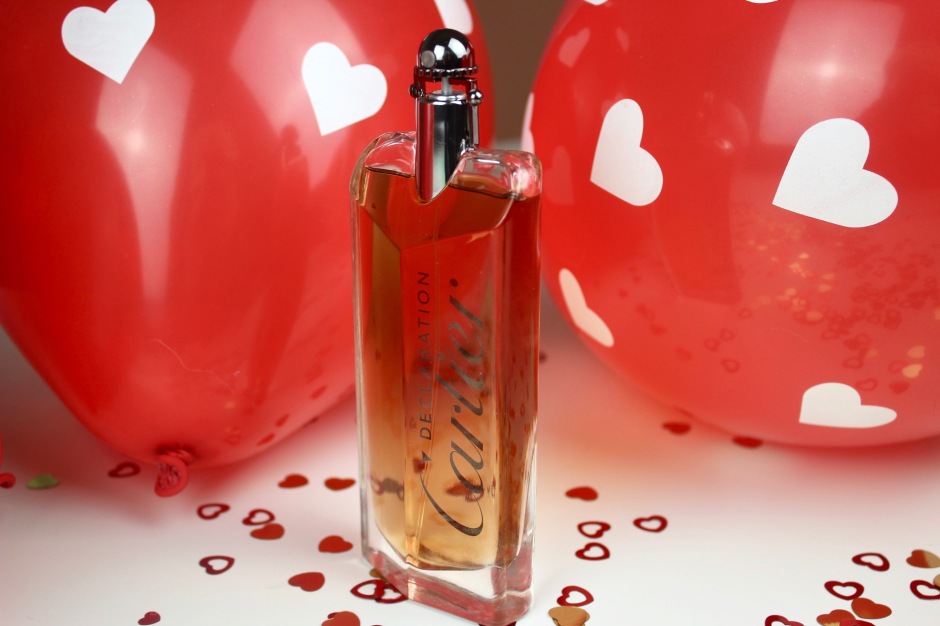 Remixing a classic is always a tricky business. After all, why mess with perfection – it’s not as if something perfect can be made more perfect, right? Wrong! In the case of Declaration Parfum, the fresh, spicy signature of Jean-Claude Ellena’s classic Declaration is given a richness and a sexiness that makes it one of the most attractive modern masculines this blogger has smelled in a good while. Declaration Parfum brings the freshness of cardamom, the sweaty, human feel of cumin, and the skin-like warmth of cedar together in a handsome composition that brings to mind a handsome man with a very attractive beard. Rugged, smooth, whatever, he’s hot. 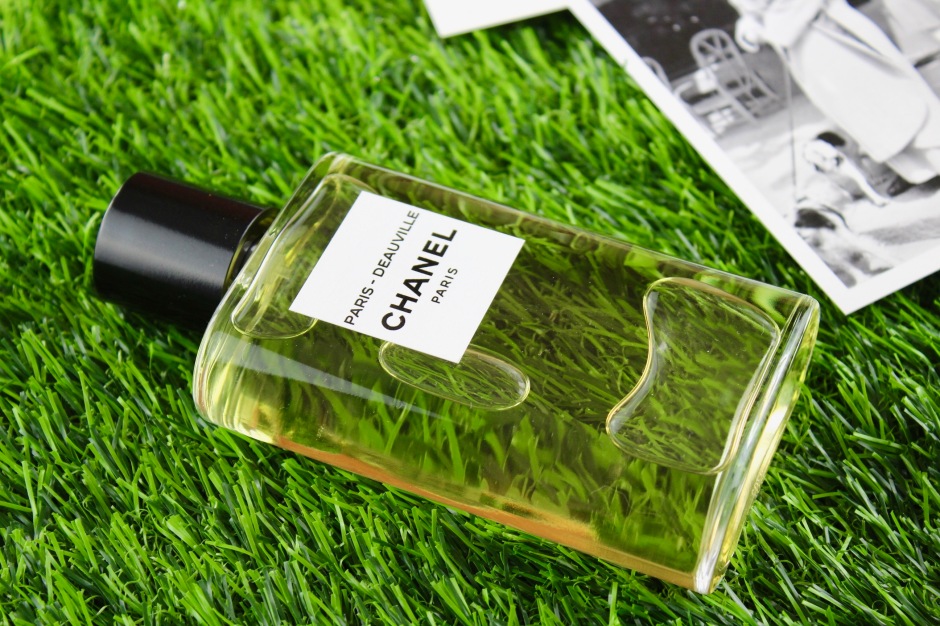 Les Eaux de Chanel is a new collection from CHANEL that sees the brand on an olfactory exploration through the history of their founder Gabrielle ‘Coco’ Chanel. Each fragrance is a destination in the odyssey of Coco, linked inextricably to her rise as a famed couturier. In truth, all three fragrances are excellent – each one innovative, gorgeous, and incredibly ‘CHANEL’ – but there is one that I’ve found myself gravitating towards: Paris-Deauville. This juicy, mossy Eau de Cologne feels like a true modernisation of the classic cologne. Deauville is sparkling, radiant, refreshing, and luxurious. It feels perfect for every situation and now I have it, I can’t think of being without it. 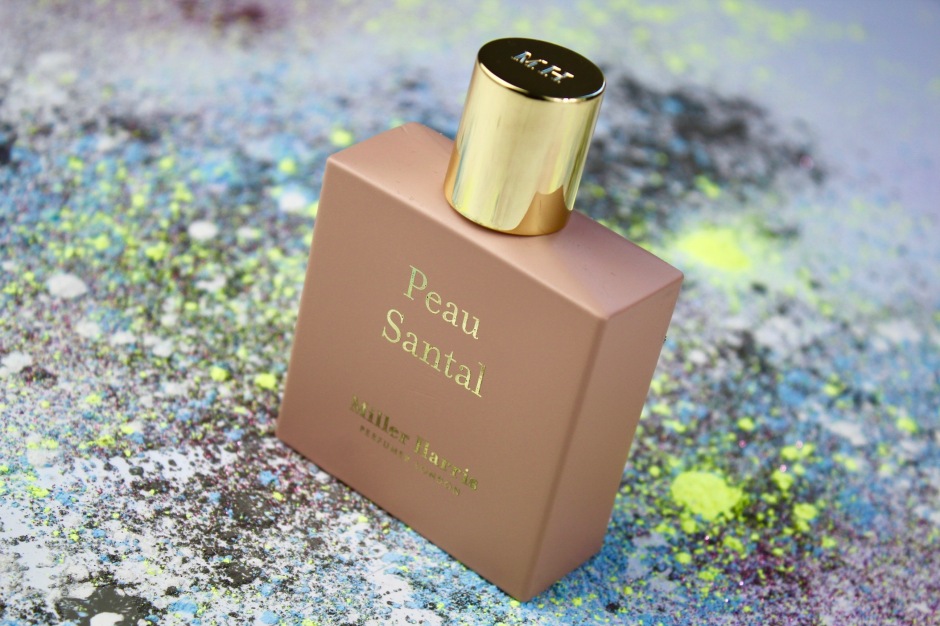 Do you have those fragrances that are your go-to scents when you don’t know what else to wear? They’re easy, comfort scents that feel good to wear. For me, Peau Santal is one such fragrance and I’ve found myself wearing it a ton. Much like Century, it’s a modern sandalwood with a fresher feel. Where it diverges from the dunhill is in its richness and texture (which is cosy and skin-like). Peau Santal feels creamy and warm – like a soft blanket. I’ve probably worn it more than anything else on this list, which probably tells you all you need to know! 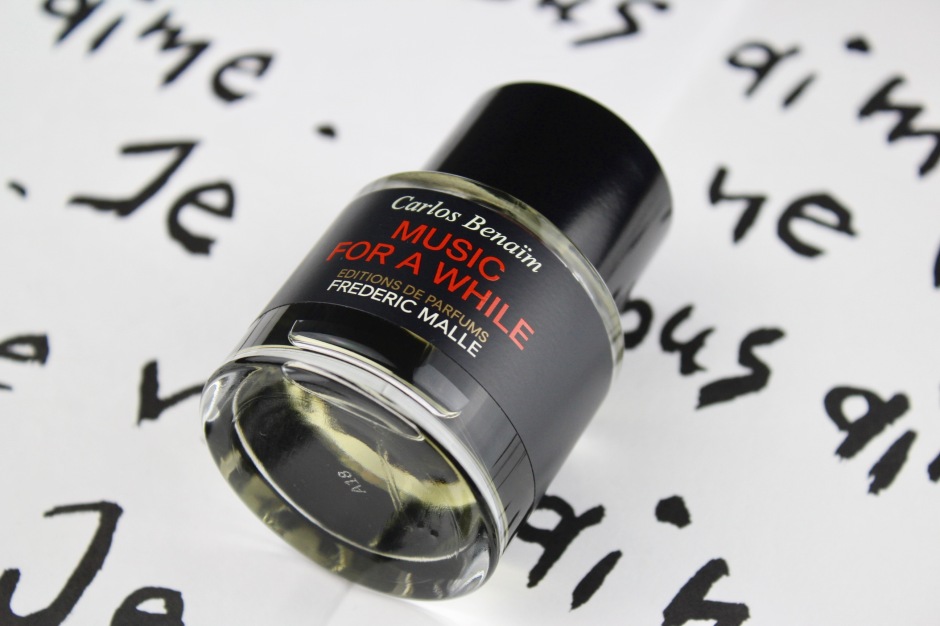 Music for a While by Editions de Parfums Frederic Malle

Lavender with pineapple and patchouli, you say? And it works?! Yup! Music for a While brings a strangeness to the Frederic Malle lineup. It is fun and vibrant, and a little bit offbeat. It opens with a juicy clash of pineapple and lavender, joined together by a malted sugar facet. Then comes patchouli, dry and fresh, shaking things up and bringing in a masculine touch. It is the oddest, most un-Malle fragrance in the collection, but therein lies its appeal. Oh and it smells absolutely glorious in summer. 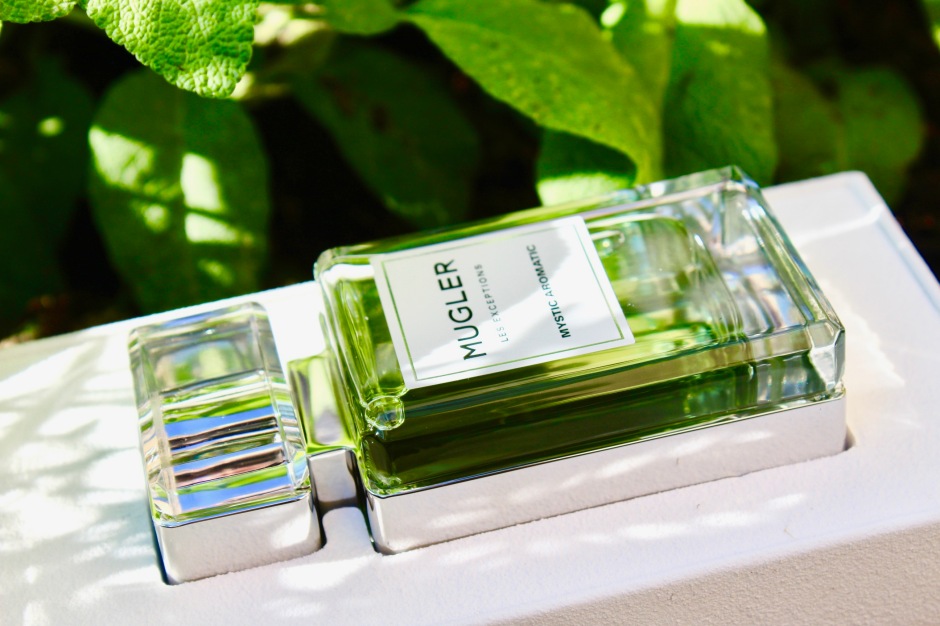 I don’t quite know how to define Mystic Aromatic. It’s green, but also oriental and herbal. It’s sweet and savoury, hot, and cold, making for a real wave of contrasts. Taking inspiration from gardens in the south of France, Mystic Aromatic pairs herbs (basil, thyme, oregano) with peru balsam, which boasts a woody and vanillic signature. The result? A warm, roasted air of herbs with an inviting sweetness. Beautiful work. 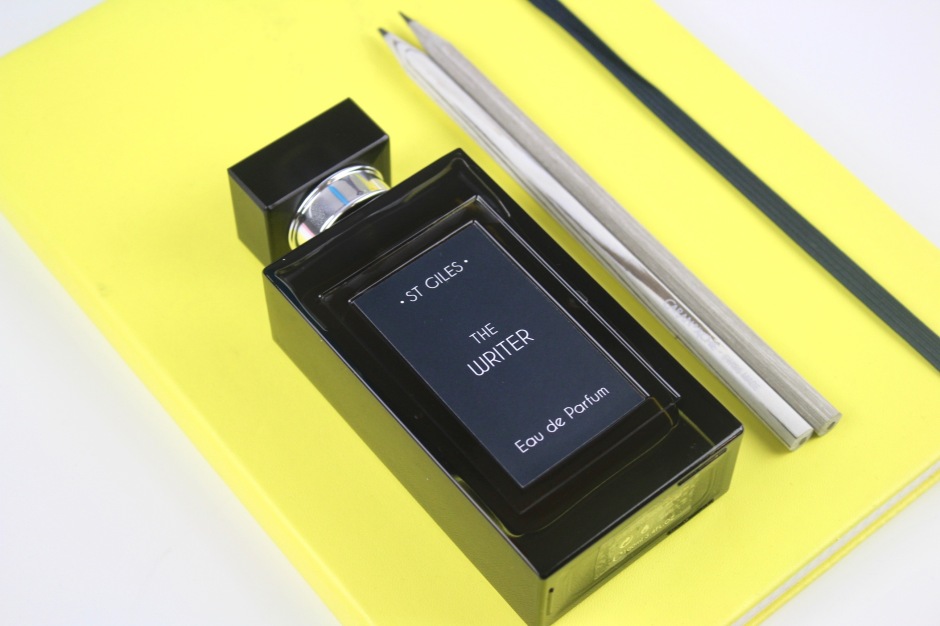 The Writer by St. Giles

The Writer is the best incense fragrance I have ever smelled. Shall I just leave it there? No, that would be a disservice to The Writer! Dedicated to all of the writers that St. Giles founder Michael Donovan has worked with in his PR career, this Bertrand Duchaufour-penned composition blends a silvery steam of frankincense with the savoury, oily quality of rosemary. This fragrance has a presence – a cool, calming aura, yes, but also a distinct, look at me presence. Wearing it makes one feel like they are the greatest damn writer in the world. Which isn’t a bad thing. 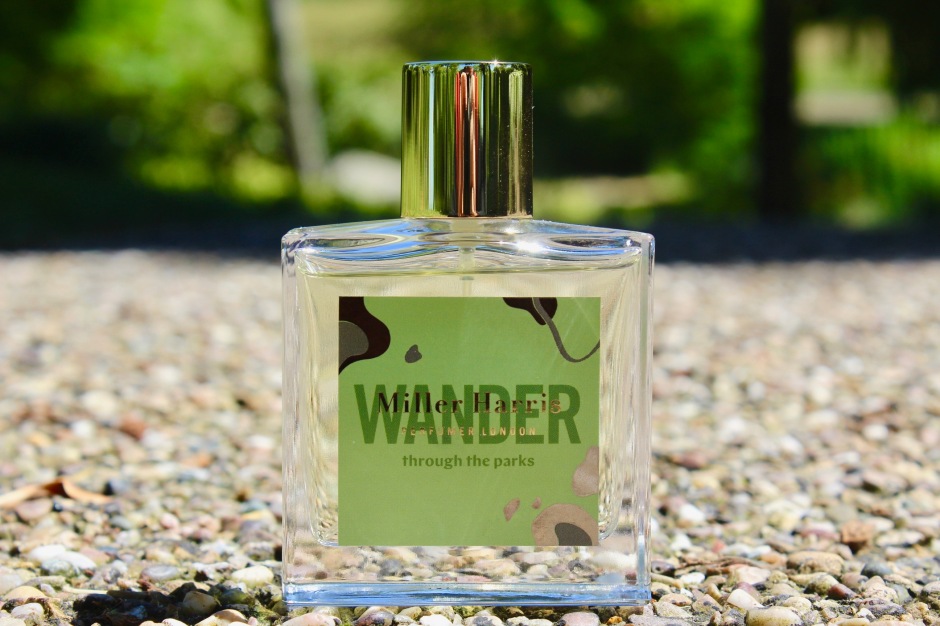 Wander Through the Parks by Miller Harris

If you’ve been a regular reader of this blog over the years you will know that I’m not a big fan of green fragrances. I have got less grumpy about them in my older years, but they still often elude me as being too harsh and uninviting. Wander Through the Parks from Miller Harris’ Forage collection is an exception to the rule. Inspired by stinging nettles, Wander is a juicy green fragrance with a big slug of rocky violet leaf. Smelling it, one imagines themselves taking a stroll on a hot summer’s day when the scent of greenery is caught on the breeze. Daaaammmmnnn, green never smelled good. 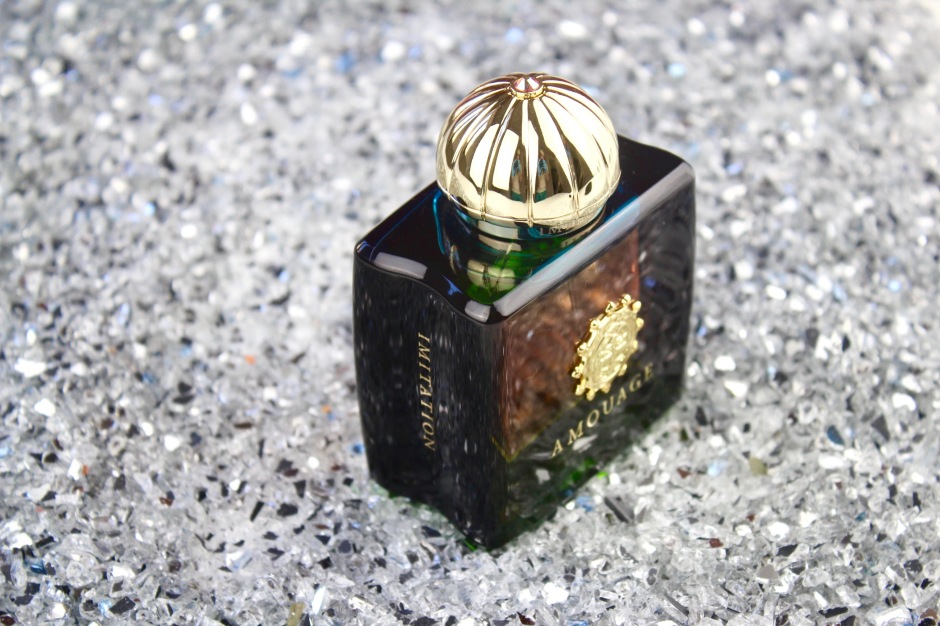 Last, but certainly not least, we have Imitation Woman by Amouage. Smelling Imitation Woman for the first time, on the Lower East Side of NYC, no less, my initial thought was “wow, it’s ballsy launching an aldehydic floral in 2018” and ‘ballsy’ is actually a great way to describe this fragrance. Inspired by the glamour of Studio 54 and New York club kids, Imitation Woman demands attention. It opens with a neon flash of cassis – a flash that is sent swirling off into the stratosphere by a cloud of aldehydes, before bursting with white flowers and amber. It may be inspired by a bygone age and a bygone genre, but damn, if this thing doesn’t smell fresh as hell. 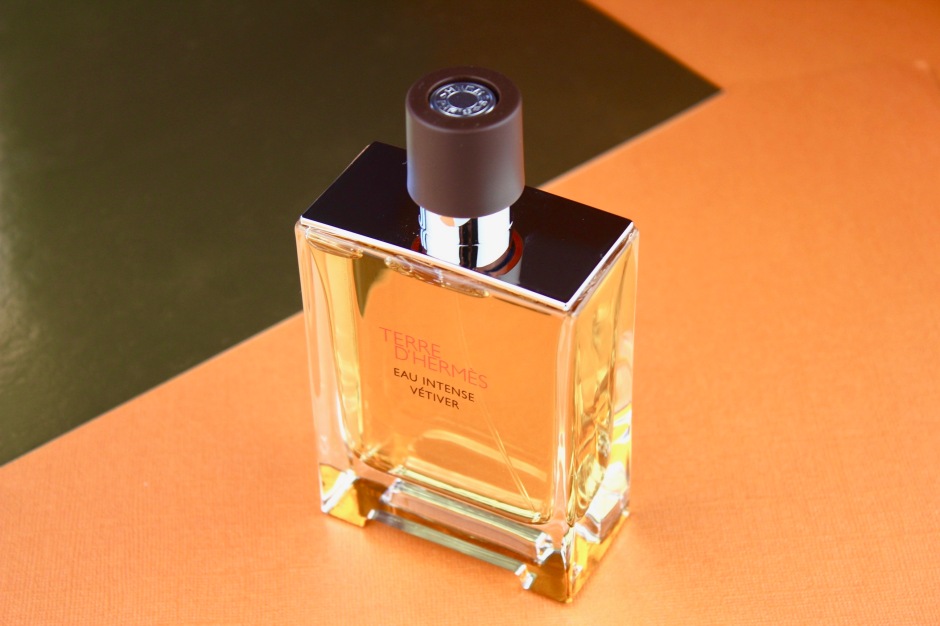 I think it’s fair to say that Hermès in-house Perfumer Christine Nagel is fully bedded in at this point. To date, she has created 11 fragrances for the brand, including flankers, pillars and Hermessences. This year Nagel reinterpreted Jean-Claude Ellena’s classic Terre d’Hermès in Eau Intense Vetiver. Adding vetiver and rhubarb to Terre’s groundbreaking orange-mineral blend, Nagel has breathed new life and vibrancy into Terre d’Hermès, making it zinger, fizzier, and more energetic. It’s a great flanker and may have actually been better positioned as a standalone fragrance – it deserves the spotlight. 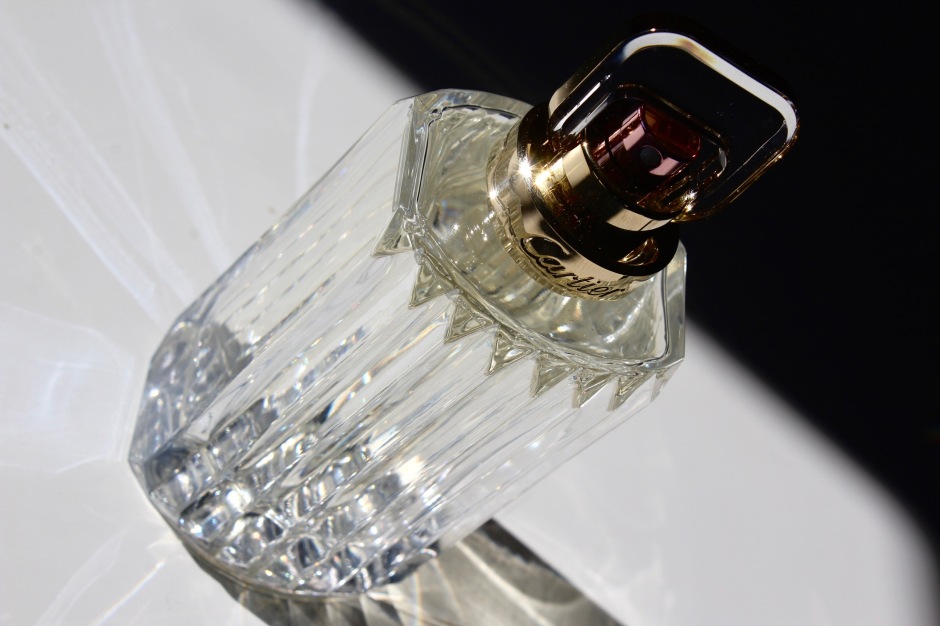 ‘Top down design’ is a term used by Luca Turin in Perfumes the Guide to refer to a fragrance that is excellent from every aspect – where the concept, juice, bottle and advertising all link together perfectly. This year’s winner was an easy one – a fragrance with a beautiful concept executed perfectly and presented beautifully. Carat by Cartier Mathilde Laurent was inspired by the light of diamonds, specifically how a beam of brilliant light hits the precious stone and is refracted into a full spectrum of colour. With this inspiration she chose to create a floral rainbow – a composition of seven flowers, each of which has been chosen to represent each colour of the rainbow. That is exactly presented in this glassy abstract floral, in both its fragrance, juice, and bottle. It is beautiful from the top down!

Candy Crush of the Year 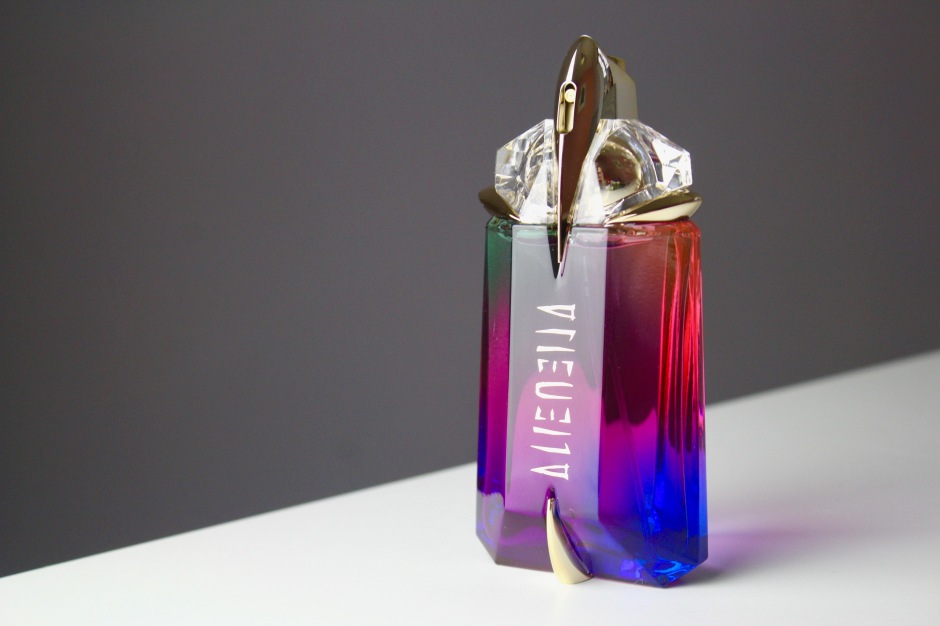 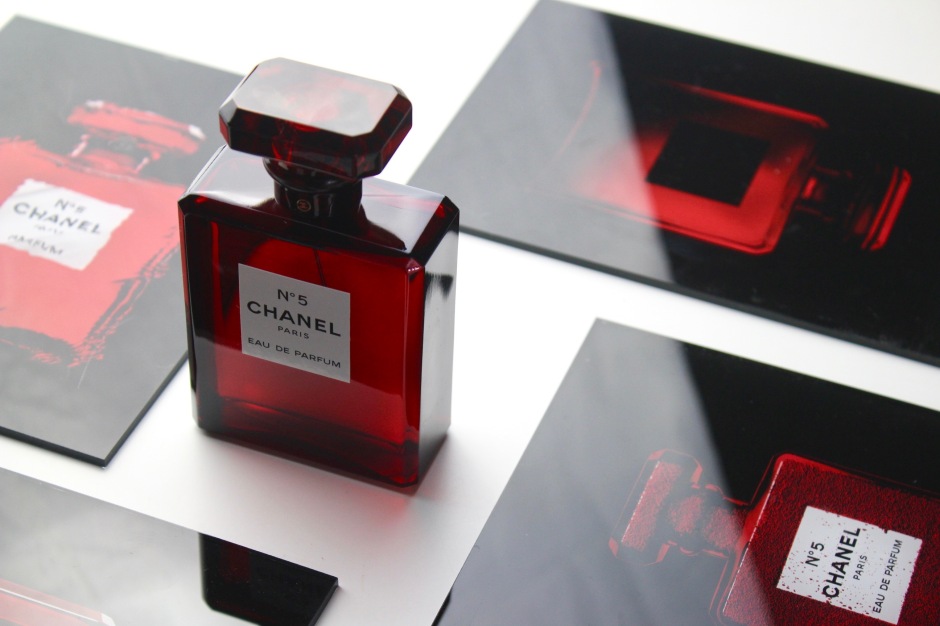 We Are All Alien & Chanel Goes Red

We have a joint winner for Candy Crush of the Year. This award is for those products, not necessarily fragrances, that I have obsessed over. This was difficult to choose this year because there were so many excellent body products, candles, and limited editions to choose from, but ultimately it game down to two, two things that actually share something in common – they are both limited edition bottles in special colours. That’s right, Candy Crush of the Year is awarded jointly to the Alien We Are All Alien Limited Edition by MUGLER and Nº5 Red Edition by CHANEL. I mean, just look at them! No further explanation needed!

House of the Year 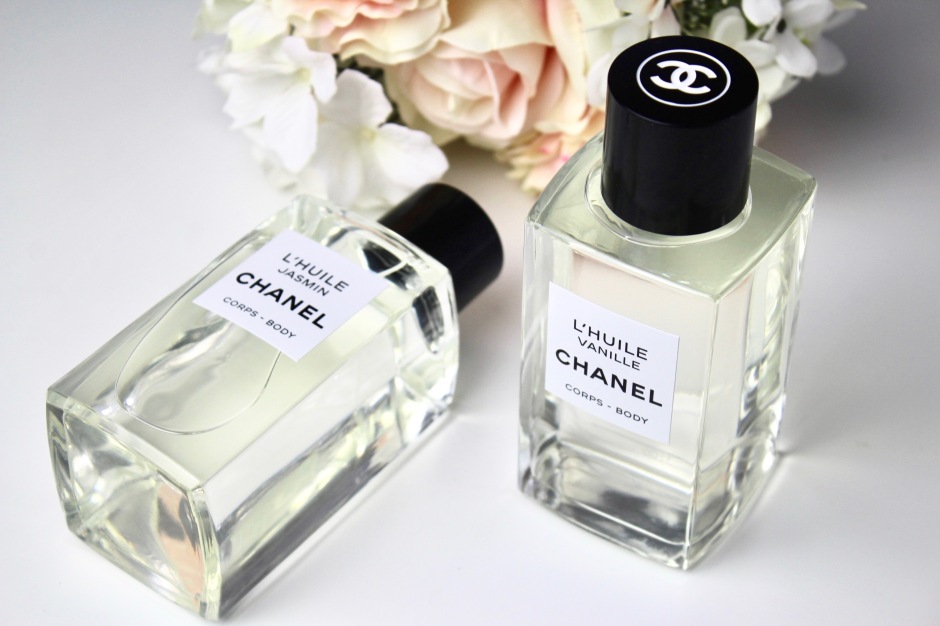 There were three brands that each appeared twice in this year’s Candies; Miller Harris, Cartier, and Chanel. This means that there are three realistic contenders for the spot of Best House – the perfume house that has created the most greatness this year. For me, the standout is easily CHANEL. They have launched five excellent fragrances this year (Les Eaux, Bleu de Chanel Parfum, and Coco Mademoiselle Intense) but they’ve also treated us to Chance Body Sprays, a richer version of La Creme Main, the Au Ritz Body Oil Collection AAAAANNDD that beautiful Red Edition of Nº5. They have given us more scented beauty than we can shake a stick at and it has been rather excellent scented beauty at that. 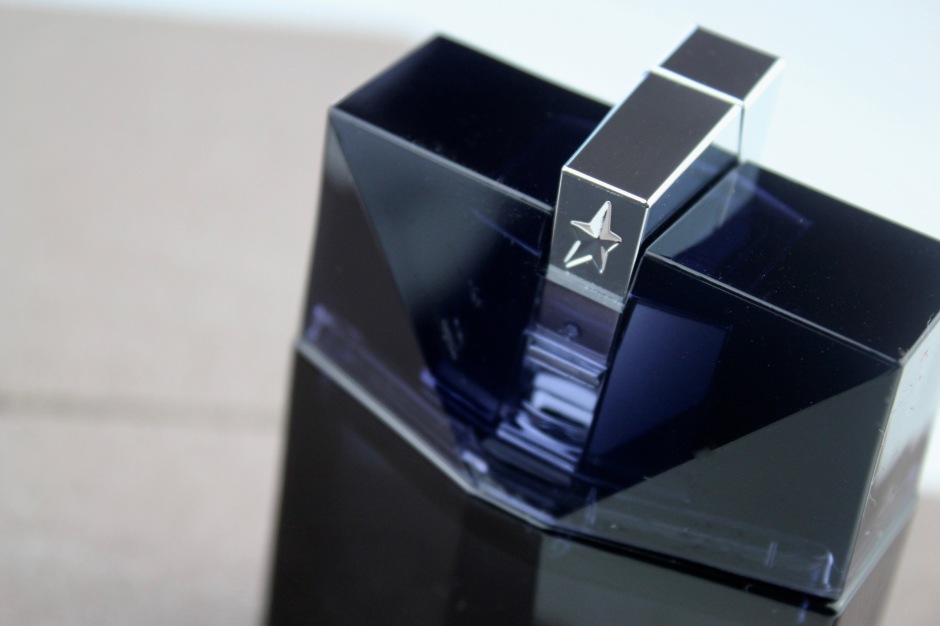 Finally, we have made it to the last award of the night: the Sour Candy Award for the worst perfume of the year. This year I am torn because the recipient of this award comes from a beloved house and also because I don’t actually hate it (I wore it quite a lot this summer). The reason that Alien Man by MUGLER takes the Sour Candy is because it’s a disappointment. It’s a missed opportunity that doesn’t live up to its potential.

I see Mugler perfumes as Titans – giants of perfumery. They are gods and goddesses that smell like nothing else and rule through glamour, and a touch of fear. Alien Man is a mere mortal amongst these deities and where it could have been a striking, unique composition much like its feminine counterpart, Alien, it is instead a fresh, sporty masculine fragrance that could have been made by anyone else. So, my lovely MUGLER, I am sorry to award you with the one mark we all dreaded at school – an official ‘could do better’.

Images are my own.